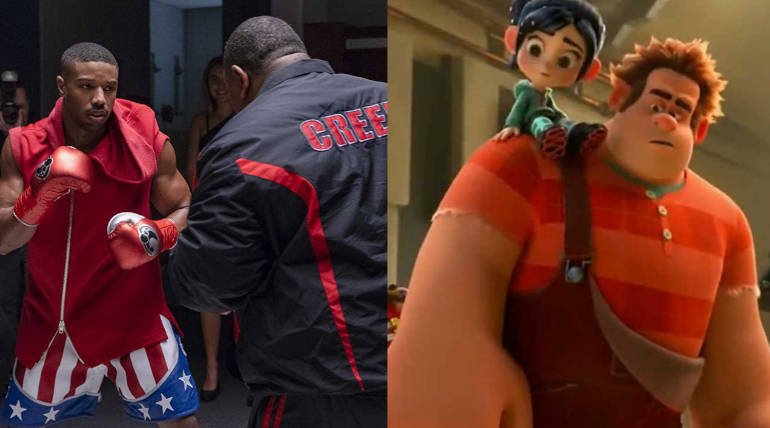 The breathtaking sequels of Wreck-It Ralph and Creed are packing a powerful punch at the box office with a performance exceeding the expectations. The films together along with other films of the domestic market is expected to set a new record for the Thanksgiving box office weekend ever.

The previous best year was 2013 which saw $294 million got some fantastic performances from Frozen and Hunger Games: Catching Fire. Ralph Breaks the Internet is looked forward to settling in the top second opening for the Thanksgiving weekend after Frozen. The current projections state that the film will post a $90 million figure for the opening weekend.

Creed II, the Rocky franchise film is heading for a $60 million opening weekend owing to the positive word around the film. The previous film Creed had $42 million opening and the latest installment is seeing a tremendous response from the audience. The return of red-hot rivalism between the Creed-Drago sons seems to have worked out highly.

Both the animation and sports drama is performing higher than the early expectations with more footfalls. While the top two spots are occupied by new releases, the third spot is competed by two films. The Grinch and Fantastic Beasts: The Crimes of Grindelwald are battling with both carrying a projection of around $40 million weekends.