Disney Plans for Supremacy- Blocking ads from Netflix in Disney platforms is Full Ahead. 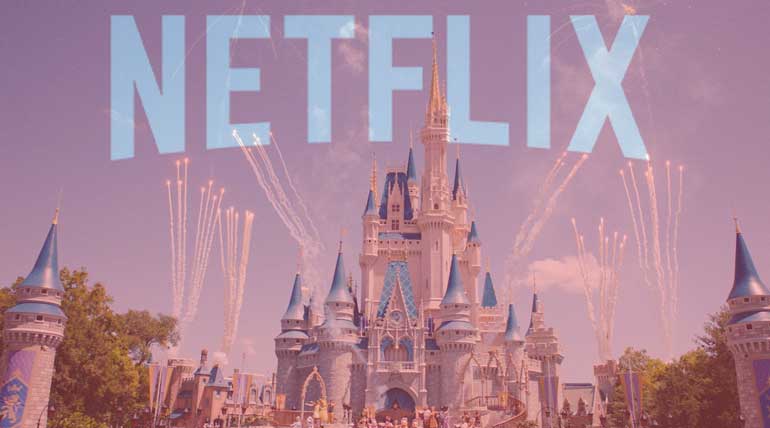 Disney has recently announced Dec 11 as the launching date for its crown jewel, Disney Plus.  Now, it seems, Disney is planning to impale Netflix to show supremacy in internet streaming services. A recent report says that Disney is planning to cut all the advertisements that are from or related to Netflix on all of its platforms.

Anyhow, It is not a new phenomenon that entertainment networks refusing to telecast their rivalries advertisements. This move of Disney has a profound reason for not letting any of Netflixâ€™s ads on its platforms.

According to a spokesperson of Disney to a magazine, there has developed a direct-to-consumer mode of business as Disney understood there will not be any mutual benefit with Netflix on streaming each otherâ€™s ads on either platform. The spokesperson continued that this direct-to-consumer plan is one among the elements and this decision of blocking ads is completely advertising based. Disney will keep its strategies reevaluating for a comprehensive relationship as many more entrants are showing interest in advertising Disneyâ€™s platforms, the spokesperson of Disney concluded.

Netflix has reportedly refused to comment on this. However, without any outspoken words, Netflix is the one who refused to stream any ads, as Netflix's streaming service is completely ad-free. So, there is no chance to advertise Disneyâ€™s products on Netflix. Except for ESPN, one of Disneyâ€™s platforms, Disney has stopped Netflix ads from all of its networks. ESPN will not be bothered by Netflixâ€™s ads as Netflix doesnâ€™t stream any live sports events competing with the sports channel.

Netflix is streaming many of the Disney studioâ€™s programs on its service. Disney may take back all of its contents from Netflix to stream on its Disney Plus along with blockbuster movies for $7 per month. People are already started moving towards internet streamers leaving television screens behind the doors. Disneyâ€™s strategies upon Netflix, the streaming giant, has just boosted the tension in online streaming space. The battle for supremacy may become intense any soon as many more entertainment networks like NBCUniversal, WarnerMedia are planning to step on the streaming world.

Disney Plans for Supremacy- Blocking ads from Netflix in Disney platforms is Full Ahead.