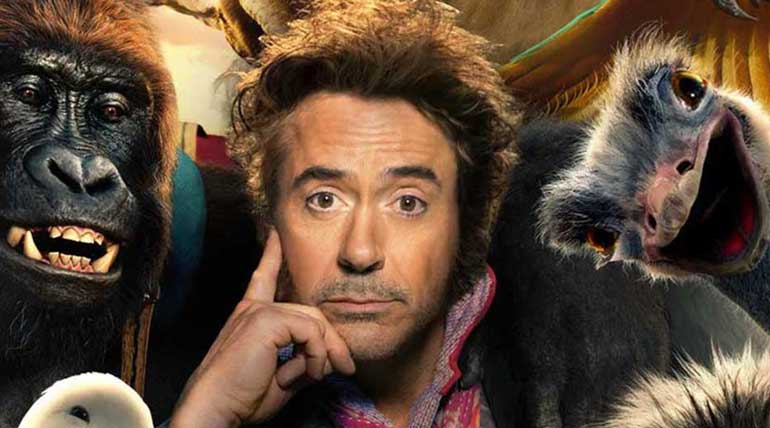 The release date postponed from 24th May 2019 to January 2020 is to provide double enjoyment for Robert Downey fans worldwide with his other big release Avengers Endgame in May. The transformation of the Iron man to being not the people person of Robert Downey will be exciting to watch on the big screen early next year.

Dolittle history: Precisely after a century from the release of the Dolittle childrenâ€™s book in 1920 by Hugh Lofting, Dolittle is to be released on 17th January 2020. The book Voyage of Doctor Dolittle was initially filmed in 1967 as a musical movie under the same name. Again, in 1998, the Dolittle series kick-started with Eddie Murphy playing Dr. Dolittle.

His slapstick banter with animals was a runaway hit, and for an investment of 70 million USD, it collected a whopping 294 million dollars at the box office. There were many Dolittle movies with Kyla Pratt and others. The next year Dolittle movie will be unique with the Iron Man Robert Downey Junior as Dolittle.

Iron Man to Dolittle: Robert Downey Junior continued to be successful with his Iron Man series. The last of it was this in May, Avengers â€“ End game, which was the highest grosser ever with more than 2.7 billion USD. Now ending his stint with Marvel, he is ready to talk to the animals with Dolittle in January 2020.

Dolittle Trailer: Yesterdayâ€™s trailer of Dolittle was welcomed by the people worldwide. The trailer confirms that the movie is set in Victorian England and Robert Downey as the eccentric doctor and easily communicate to animals and birds.

He sets on a voyage from his Dolittle Manor, where he had only animals has a company. His journey is to a mythical island to find a cure to the ailing queen. This fantasy fairy tale movie will be starring Oscar winners Octavia Spencer and Marion Cotillard. Apart from Robert Downey Jr, Jim Broadbent, Emma Thompson, Antonio Banderas, and others act in the movie.

Directed by Stephen Gaghan and produced by Susan Downey and others, Dolittle is taken with a budget of 180 million dollars. Apart from fun and fantasy to the audience, will it break the Avengers Endgame box office record that has to be seen only on 17th January 2020?