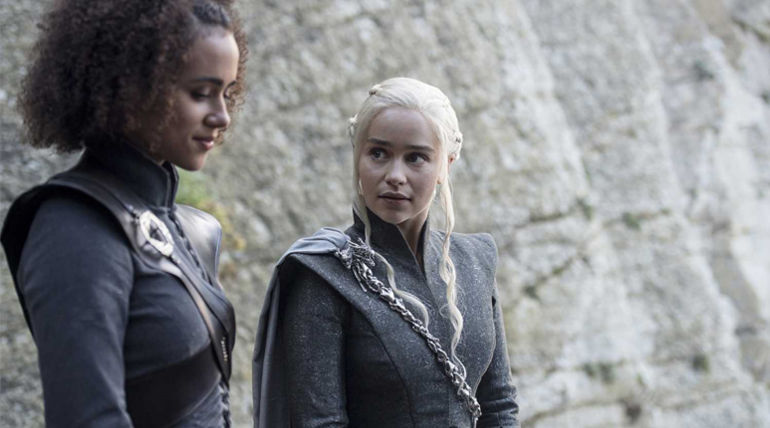 The Kimmel Live show which happened on Monday night featured the cast members of Game of Thrones. The night's show was named Game of Phones in which viewers was allowed to call the show through telephone and ask the actors with questions for their characters in GOT. Sophie Turner, Lena Headey, Maisie Williams and other cast were present. The answers weren't correct though it was handled in a funny way.

When asked who killed Joffrey, Turner said, "No one did, it turned out to be a bad clam," the actual answer was Diana Riggs' Lady Olenna Tyrell.

The show had a banner at the bottom of the program with the phone number of the show (1-800-720-0622) with a disclaimer advising that callers must be 18 years of age or above. A voiceover in the show stated that "A small but diabolical clause in their HBO contact requires them to man our phone banks."