Game of Thrones Season 8 Tease: Dragonstone is Having So Much Detailing to Say 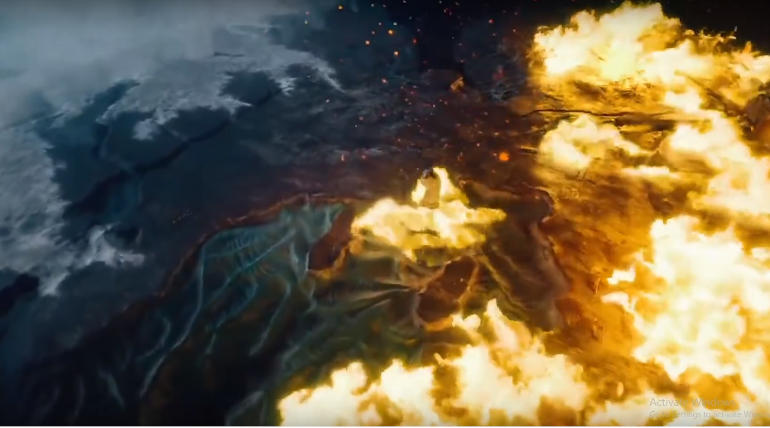 The first official teaser of the much awaited season 8 of Game of Thrones is out and it is titled as Dragonstone tease. The reason for the name is the teaser takes place on the map table in the Dragonstone where most of the planning took place in season 7 for the battle. Wolf, Lion, Dragon, fire, and winter where the elements used in the glimpse.

The wall of ice on the left side of the table at the beginning represent the north part and it is shown to be shifting towards the right side (South). This suggested the breach of Night King to the south for the battle. The wave of winter washing away the from the wolf and those animals crossing boundaries as a group gives an excitement of spectacular sequences coming ahead.

The winter washes away the Rivernun, Wolf, Dragon and spills over the trident making a fierce way past to south while the fire also shows the Kings' army coming from south overtaking the landing. The fire and ice meeting at the end of the teaser suggests the place where the battle takes place and found to be the Isle of Faces closer to Twins where the forest children tried to crack Westeros.

The short glimpse is filled with a row of metaphors hinting about the location of the battle and the arrival of Don of Kings. Easter eggs from the glimpse are all over social media and the winter is not far away as the final season is arriving by April 2019. Hearing all the news about the eighth season of Game of Thrones, it is sure that the season is going to end with an emotional break for the audiences.

Game of Thrones Season 8 Tease: Dragonstone is Having So Much Detailing to Say