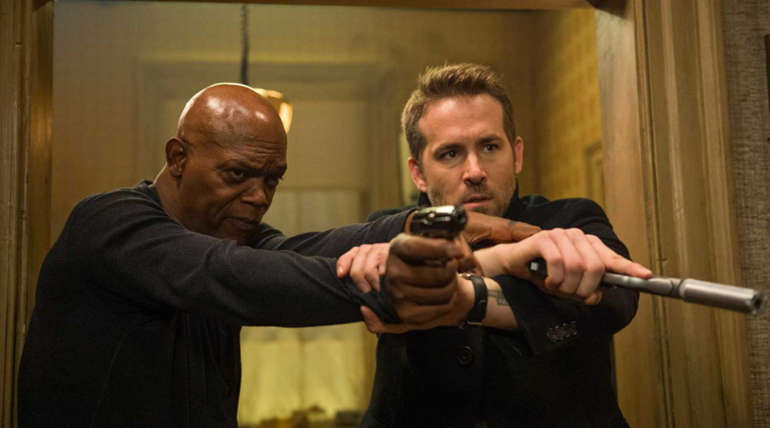 Good surprise of the year 2017, "The Hitman's Bodyguard" will have a sequel. The hilarious duo Ryan Reynolds / Samuel L. Jackson will be back. They will be joined by another great name, Morgan Freeman, while the character of Salma Hayek will take on more importance.

Some movies embellish your day when you do not expect much. The Hitman's Bodyguard is in this category. Without over-selling, we can define it as a small action movie with notable casting, madness and decent relaxation. This action comedy presented Samuel L. Jackson  as a hitman, forced to testify against his former bosses before the International Court. This is how problems start. Interpol does not let him evaporate in the wild and hires a tough bodyguard ( Ryan Reynolds ) to escort him. Except that they did not foresee that the two men knew each other already and, above all, did not appreciate each other.Gathered against their will, they will have to learn to cooperate to survive. But it will not be so simple. When the killer uses expeditious methods, the bodyguard opts for pragmatism and precision. Their alliance, weapons to the fists, will do big damage.

The meeting between Ryan Reynolds and Samuel L. Jackson gave birth to a nice moment, constantly a foot in the parody. The film featured as a secondary character Sonia, the killer's wife, played by Salma Hayek . It will be highlighted in the second opus entitled The Hitman's Wife's Bodyguard . And the story will reverse the situation of the first. This time, it's Darius and Sonia who will ask Michael for help for a mission that will take place in Italy. The trio promises to be explosive. We can see from here the valves bursting in all directions between three big personalities.

Morgan Freeman has joined the cast in an unknown role. Nice or bad? The bets are open and we bet on the second option. Four names that constitute, casually, a very beautiful cast. The filming of this sequel will begin this month, with Patrick Hughes still in the making. Made for thirty million dollars, the first film has returned 176 around the world. An unexpected financial success that the team intends to repeat.

No release date is known yet.