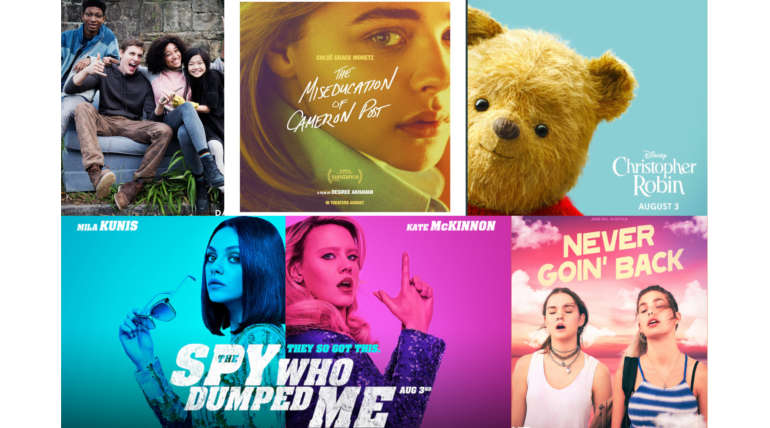 The upcoming weekend is having a handful of films releasing with a decent buzz around the films and this Friday is going to be a refresher for US box office and let’s see about the movies releasing this Friday and their popularity level and reports from pre-release screenings.

The Darkest Minds is a sci-fi thriller film set in the land where 98% of young children are killed by a disease while the 2% of children with some superpowers were locked down fearing as a threat. The escape of a girl and happenings after that is the story. The movie is directed by Jennifer Yuh Nelson and stars Bradley Whitford, Mandy Moore, Amandla Stenberg etc. The movie got an average response among the critics prior to the release.IMDB popularity ranking: 115

Disney’s Animation film Christopher Robin is one of the most expected animation films of the year being an adventure, comedy film. The movie is about the friendship and journey of Robin and his childhood friend Winnie the Pooh to find their lost friends. It is directed by Marc Forster and the pre-release reports are fantastic for the film and expected to take over the box office.IMDB popularity ranking: 54

The Spy who dumped me

The first choice for filmgoers this week would be this film which already got huge attention among the audience with the trailers and the movie stars Mila Kunis and Kate McKinnon as action ladies in this action comedy film running around Europe to hunt the baddies. It is directed by Susanna Fogel and the movie is having a wide release in most of the key markets.IMBD popularity ranking: 52

Desiree Akhavan’s directorial film The Miseducation of Cameron post deals with a teenage girl who is forced by her conservative guardians into a gay conversion therapy centre and how things revolve around the girl is the movie all about and expected with a good pre-release buzz from the critics. The movie won Grand Jury Prize in the Sundance Film Festival held this year.IMDB popularity ranking: 205

The story about two high school dropouts Jessie (Camila Morrone) and Angella (Maia Mitchell) who take a week off to chill at the beach and how they turn things around after their house gets robbed is shown in the film with a cool treatment by director Augustine Frizzell. IMDB popularity ranking: 632

Tags :  us boxoffice, Christopher Robin, Never Goin Back, The Spy who dumped me, The Darkest Minds, upcoming hollywood films, movies releasing this weekend, The Miseducation of Cameron post, august film