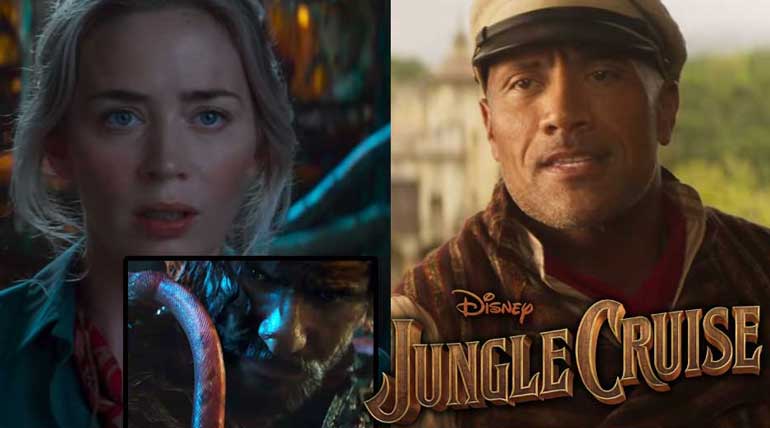 Jungle Cruise trailer is out now with plenty of fantasy twists and makes us believe it as a game part of Jumanji movie but its similar fun thrilled action with more fantasy.

Summer 2020 is going to be fun with Disneyâ€™s Jungle Cruise release expected on July 24 2020. The irresistible Dwayne Johnson is back with what he does best in this Amazon forest river cruise.

The wonders of Amazon with all its natural beauty, waterfalls, natives, animals, birds, and also the German expedition is going to be a visual treat to watch from Jungle Cruise trailer.

Dwayne plays the role of a riverboat captain taking the young and beautiful scientist Emily blunt and her younger brother Jack Whitehall into the Amazon in search of the Tree of life with incredible healing powers.

Disneyâ€™s long-awaited Jungle Cruise finally starts its cruise to be released on summer 2020: From 2006 there were various announcements about the development of this theme park attraction film. First, it was to be produced by Mandeville Films and then to be acted by Tom Hanks in 2011. Only in 2018, the current cast was finalized for the cruise to set sailing among the Amazon forest.

The storyline of Disneyâ€™s Jungle Cruise: From Jungle Cruise trailer, The story in search of Tree of life in Amazon forest by scientist helped by the local riverboat captain and what happens there is the single line story. WWF star Dwayne Johnson is also known as the Rock, has acted wonderfully in similar movies before like Welcome to the Jungle.

Rock is the highest box office grosser worldwide, collecting more than 10 billion USD. With Dwayne in the star cast and Amazon in the backdrop, Disneyâ€™s Jungle Cruise is set to have a smooth sail in 2020.

Jungle Cruise will be his ninth movie and the first with Dwayne Johnson. His peculiar way of saying things will be expected to create wonders in the Amazon forest with Rock. Wait until July 24 for the jungle extravaganza again with Dwayne â€“ Disneyâ€™s Jungle Cruise to make you thrilled and happy coming summer.