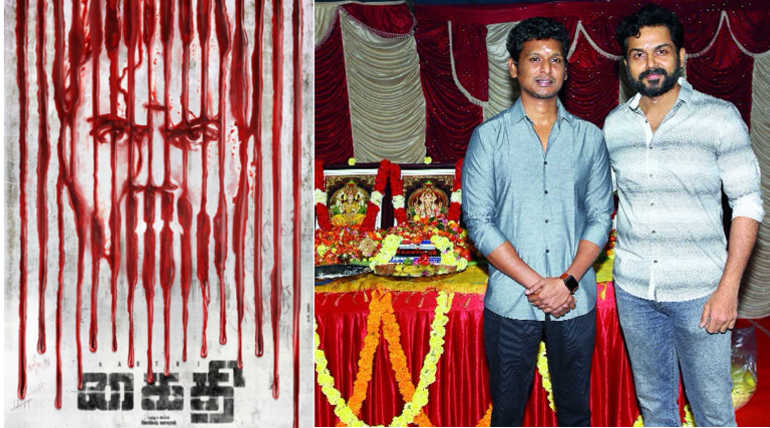 The First look of the upcoming movie under Dreamwarrior Productions starring Karthi directed by Lokesh Kanagaraj has been released. The much-awaited combo is finally official now and the look of Karthi is completely different and impressive with a new look for the actor. After two blockbuster films and failure with Dev, Karthi is looking to get back to the track.

Director Lokesh Kanagaraj who is fresh from his success with Maanagaram is back with another authentic script and the Dreamwarrior Pics producing it is another promising factor. The pooja of the film was done earlier and now the first look is creating quite a buzz promising another cult classic coming the way.