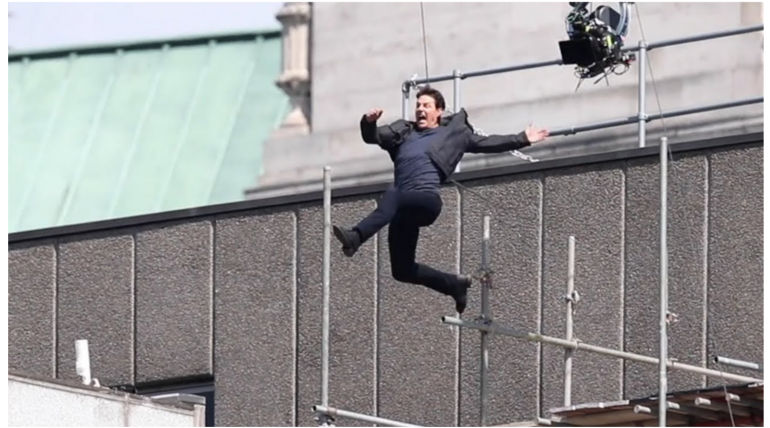 Tom Cruise's most awaited sequel Mission Impossible Fallout is releasing worldwide this weekend, while the film is most anticipated for its action sequences and the gravity-defying stunts performed by Tom Cruise himself like always he does. A glimpse of making video of the important stunt sequences of the film has been released recently and it is mind-blowing to see the out of world stunts by Tom.

Ethan Hunt is yet again ready to enthral the audience with his lively stunts, the video showcases the hardships of Tom to perform these sequences. It is sure to keep the audience at edge of the seat each and every frame filled with nail-biting sequences with Henry Cavill alongside, the movie is sure to have an earth-shattering response all over the world.