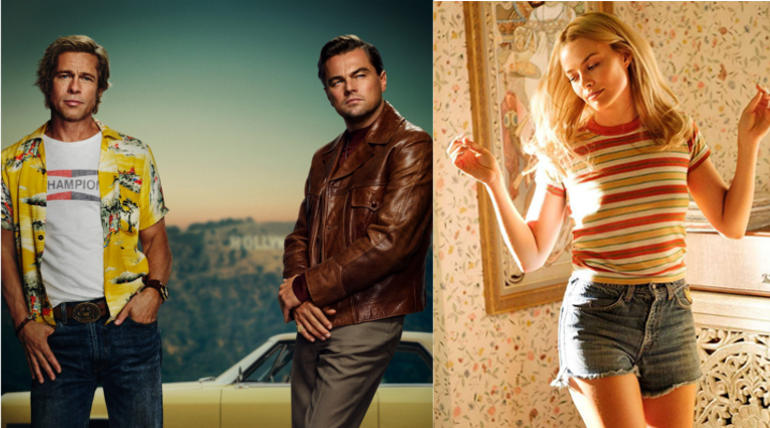 The brand new poster of Once Upon a Time in Hollywood is out featuring Brad Pitt and Leonardo Dicaprio tagged as Hollywood 1969. The stars were sporting a cool suit with a tagline as The 9th Film of Quentin Tarantino and a July release announcement. Brad essays the role of Cliff Booth while Dicaprio plays as Rick Dalton.

The movie based on Manson murders focusing on the murder of actress Sharon Tate (played by Margot Robbie) is been widely expected around the world. Tarantino, who never fails to stun the audience, with this real-life thrilling story this time, is set to amaze fans with his filmmaking skills and techniques.

After all the terrific posters, the first look featuring uber cool Brad Pitt and Dicaprio released and is spreading across the social media. Meanwhile, waiting for this film, fans are also bothered about the 9th film tagline in the poster. Tarantino once said that he will make only ten films in his lifetime and knowing that his work might come to an end soon, it sounds devastating for fans of the director.

Once Upon a Time in Hollywood is releasing on July 26, 2019, and the trailer of the film is expected by April which is eagerly awaited to catch a glimpse of the best collaboration of recent times with Tarantino returning after 4 years from his last film.