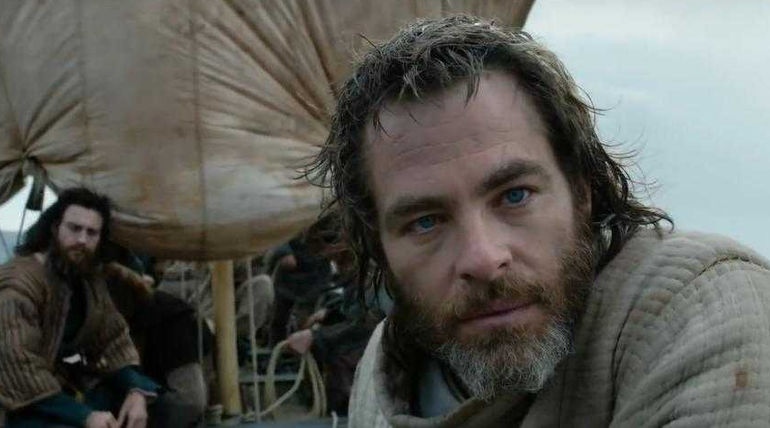 The David Mackenzie directorial historical action drama seems to have opened well with the audience of Toronto film festival and critics are all praise for the making of the film. Though reports are mixed among the critics for the film, moreover it is said to have emerged as a top-notch warfare with stupendous action sequences.

The movie is a spin-off from the film brave heart which is made by the legendary Me Gibson. Outlaw King stars Chris Pine and he fitted perfectly into the role of the king with subtle performance and the drama compels the audience to watch it for its spell-binding realism in the action sequences as per the comments from the people who watched the film and posted in social media.

Though it is getting mixed reports from the critics, it seems to have attracted the audience and getting praised in Twitter. Chris Pine is said to have appeared naked in a scene which is been widely commented in the social media and getting some curiosity around the film. The rustic treatment of the film is said to be one of the best in recent times and on par with the Brave Heart film.

The movie is set to release on the Netflix platform on 9 November 2018, and due to the digital release people are worried about the missing of big screen experience for such a visually rich film. After the reception from the film festival, the movie is eagerly looked forward to knowing more about the film.

2018: the year of the fucking awesome tracking shots. ''Outlaw King' opens with a jaw dropping extended tracking shot that is in and out of rooms and features a sword fight! Wish more people could see it on a movie screen. Will stream on @netflix later this year. pic.twitter.com/W1zhwDYdMK

OUTLAW KING is a gucky, methodical, extremely unromantic retelling of the Scottish war of independence with lots of blood n’ mud n’ guts. I liked it a lot and am currently yelling at everyone with Aaron Taylor-Johnson-esque intensity

Outlaw King is exceptional. A stunning display of cinematography, sound mixing/editing, direction, performance and choreography. Every hit feels real, and it is far more realistic than Braveheart. Speaking of which, the action in this film makes Braveheart look like Power Rangers

#OutlawKing is an expertly tendered Braveheart sequel, battle sequences perfectly executed, hobbled by: a) Chris Pine’s LatAm, not Scottish accent b) AT Johnson’s repeated primal blood soaked screams c) bash my brains in script that includes a spider as a phoenix analogy #TIFF18