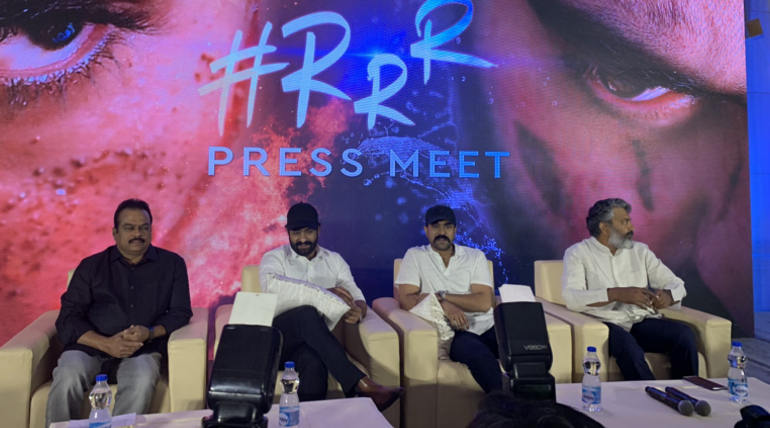 Rajamouli's next big step after the epic Baahubali series is his film with Ramcharan and Jr. NTR tentatively titled as RRR The Movie. The elite director with the elite stars is currently the most expected film of Tolwyood just with the names involved. While the shooting for the film is yet to start, the press meet of the film by the team is currently happening.

Many exclusive updates are expected during the press meet and after the announcement of the film, no big updates came from the camp. DVV entertainment is telecasting the press meet live on YouTube and the video us streamed below the article. Catch the live streaming to know what the maker and RRR team are about to say.