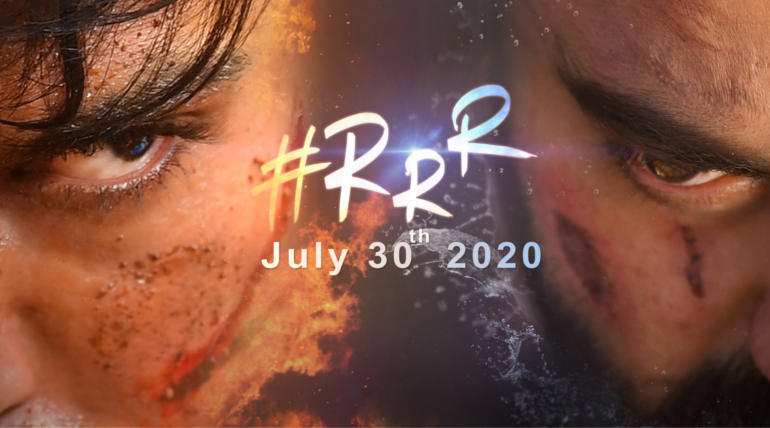 The box office is getting prepared for the records to be broken, as the boss of makers SS Rajamouli's is coming up with another period film but with a different setting this time. While the movie was announced a long back and pre-production works are going on for a long time, the first big update on the film is out with the recent press meet.

The movie is officially now called RRR with the same working title which was formed by the first names of the three main people of the film. Along with Ramcharan and Jr.NTR, Bollywood actress Alia Bhatt and Hollywood fame Daisy Edgar Jones are playing the female leads of the film. Kollywood actor Samuthirakani and Bollywood's Ajay Devgn are also playing prominent roles in the Pan-Indian film.

The film is set to revolving around the period of 1920's and follows a fictitious story based on the freedom fighters Alluri Seetharamaraju and Komaram Bheem. It unveils the fighters' life and incidents before they fought for freedom as said in the official synopsis. Now the hype builds real after all the updates and the release date of the film is announced much ahead and it is hitting the worldwide screens on July 30, 2020, in Telugu, Tamil, Hindi, Malayalam and other Indian languages simultaneously.