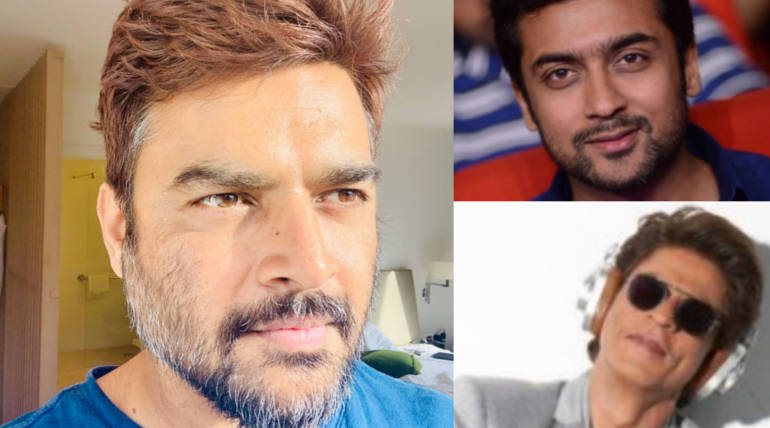 Madhavan who turned filmmaker in his upcoming movie Rocketry - The Nambi Effect. Initially Madhavan was supposed to co direct the movie along with Ananth Mahadevan. Then he took over the directorial part also after Mahadevan exit. The latest news is that Suriya has been requested to play a cameo role in the project. However, the news is still awaiting for official confirmation.

Madhavan and Suriya already shared their screen space in ManiRatnam's Aayutha Ezhuthu. Those two great actor spotted at many functions and events together. It's good to mention that Madhavan played a cameo role in Jyothika's Magilr Mattum, produced by Suriya's 2D Entertainment.

Meanwhile, in the same cameo role Shah Rukh Khan has been approached for the appearance in Hindi version of Rocketary. There is a coincidence that Madhavan played a cameo role in SRK latest movie Zero. The film have been shot in India and foreign countries - France, Scotland and Russia and the film is based on the life of scientist Nambi Narayanan.