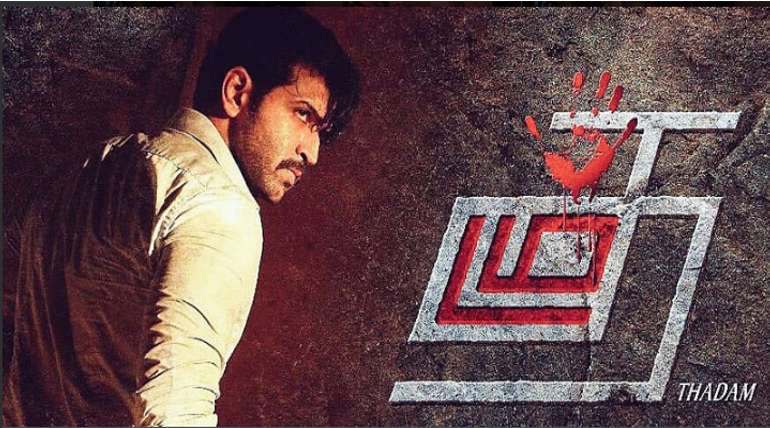 Arun Vijay starrer action crime thriller Thadam, written and directed by Magizh Thirumeni, will be remade in Telugu language. The Tamil action crime thriller, which released to cinemas on this March 1, has struck the right chord with the film critics for its chilling story line and strong suspense element. While there is no official announcement has come in about the remake, it's almost certain that actor Ram (Ram Pothineni ) will reprise Arun Vijayâ€™s role in the Telugu version to be produced jointly by Sravanthi Ravi Kishore and Tagore Madhu.

"Talks have been initiated with the makers of the original and both parties will reach an agreement soon,â€ talks from a source.While Ravi Kishore remains silence about a possible Telugu remake and details, he said actor Ram is yet to watch Thadam.  He said that it is too early to talk about the remake.

Ravi Kishore said that Actor Ram is currently in Goa shooting for his forthcoming movie iSmart Shankar which being direct by  Puri Jagannadh. The actor has absolutely no idea about whatâ€™s next and he is yet to watch the original Tamil film. So, nothing has been confirmed yet.  The film revolves around a murder mystery and it has Arun Vijay in a dual role. It also has Tanya Hope, Smruthi Venkat and Sonia Aggarwal in pivotal roles.