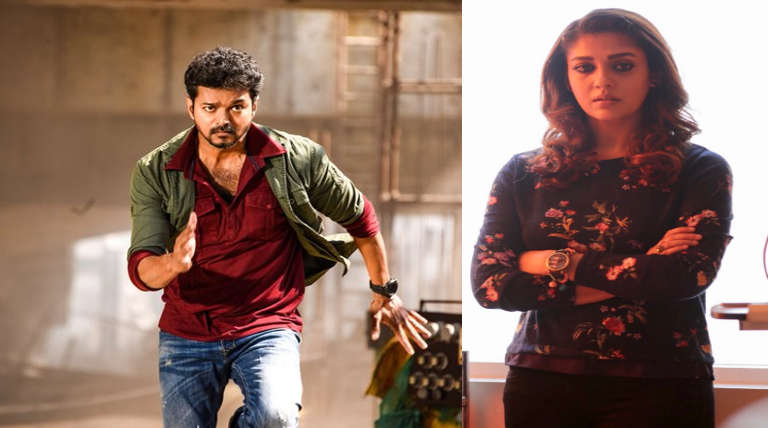 Vijay currently working on Atlee directorial movie named as Thalapathy 63. The combo of Atlee and Vijay is due to huge hit after Theri and Mersel. There is a huge expectation for the movie in mid of Vijay followers. Nayanthara ropes the role of lady lead in this movie and A.R.Rahman assigned music director. The film is financed by AGS Entertainments and is expected to release on Diwali this year.

The shooting is busily happening in many places in Chennai. Now the sequences of Vijay and Nayanthara related scenes are in progress. The photos and videos of the actor and actress in shooting spot are leaked in the social network a day before. Now another video has been leaked on Twitter.

Recently many film videos of such shooting spot have been released and become viral on social media. Meanwhile, Thalapathy 63 in which Vijay acting is leaked shocked his fan base and also the film crew.