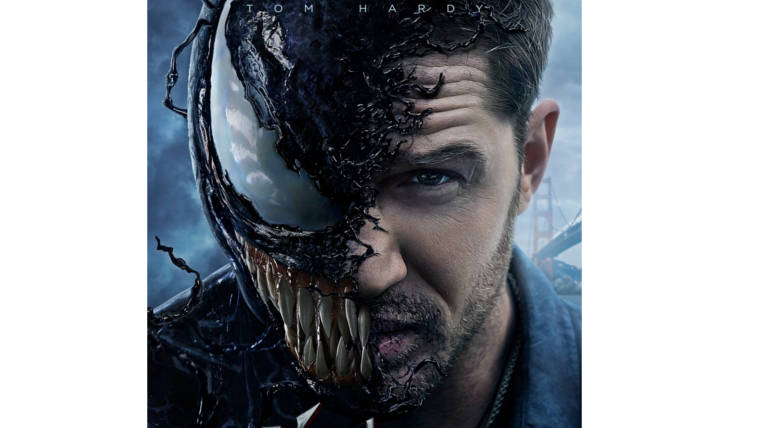 Sony Entertainment released the new spine-chilling trailer of the upcoming Superhero film Venom that promises that a strange superhero film is coming the way. Venom is a spinoff character from the Spiderman movie and seen as a negative character. The trailer also moves with the same mood of a dark shade where the hero Tom Hardy is arrested by the Venom and he acts as per its order without his own control.

The trailer is packed with topnotch action sequences and riots hinting a larger than world concept driven by Tom Hardy. It also showed the comic touches that we can expect in the film along with actions. Venom is predicted to be a sleeper surprise from the Marvels Universe which reminds of the silent blockbuster superhero films like Black Panther.

The movie stars Tom Hardy, Michelle Williams and Wiz Ahmed in lead roles directed by Ruben Fleisher and the movie is produced by Colombia picture along with Marvel Entertainment and released by the Sony Pictures which completely owns the film. In the beginning, fans were not sure about the Venom movie, when announced. The recent trailers made it clear to entertain the audience with a surprise package. The movie is confirmed to release on October 5, 2018.