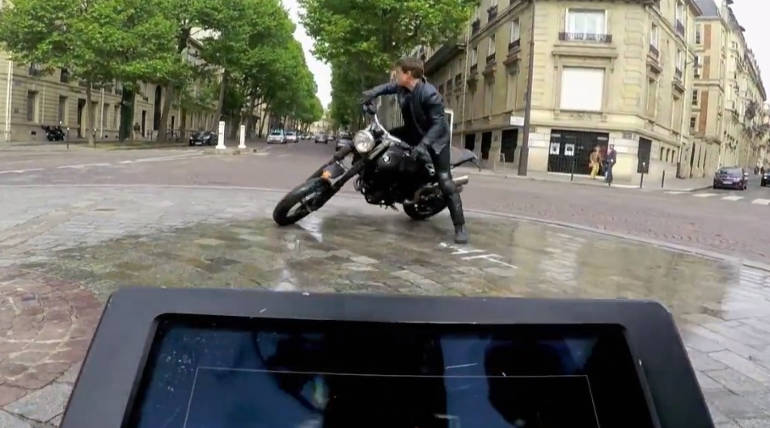 The new featurette of Mission: Impossible  Fallout for the Blu-ray release of the film is rounding the internet and the video features Tom Cruise performing the bike chasing scene taking place in the film. Tom Cruise is always known for his lively stunts that involve a lot of risks. He does every stunt scenes by himself involving high risks that we've seen all these days.

Like the Burj Khalifa sequence in the Ghost Protocol and the Helicopter sequence in Rogue Nation, the latest part Fallout had a high altitude jumping sequence. Apart from the jumps, more such stunts were pulled off by Tom like the building top running sequence, Helicopter drive and dropping scene then the chasing scene we were talking about.

The bike chasing scene was shot at the cobblestone streets, Paris which is way too risky for shooting such scenes. Tom did it splendidly said the action vehicle supervisor Graham Kelly and also added that each and every time Tom Cruise get on the bike, it scares the life out of the supervisor and he is a great rider. He added Although I stand there and I'm terrified sometimes, he's got lots of control and he's used to bikes this big, so he's good

The film had a fantastic reception worldwide and emerged as the highest collecting film of the franchise. The digital version of Mission: Impossible  Fallout is launching on Tuesday while the 4K Ultra HD, Blu-ray and DVD release is scheduled to release on December 4.