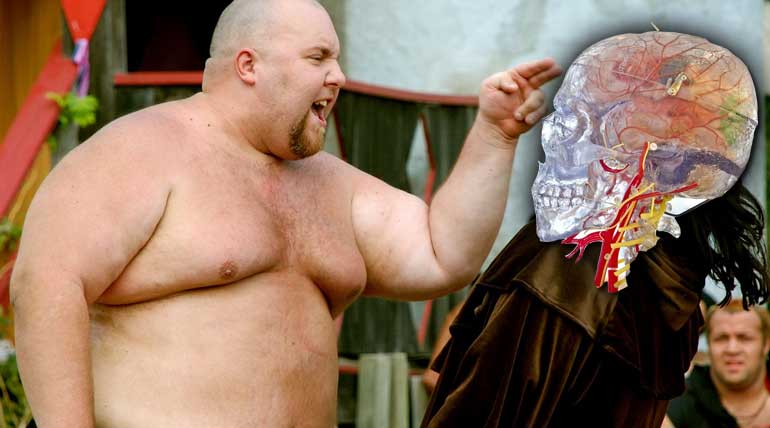 Obesity has become a universal world health issue today. Many of us are aware of the side effect and the health issues related to weight gain. But very few consider it as a major health issue, and the rest leaves it just as a topic to discuss with.

A recent study conducted and being presented at the yearly conference of the Radiological Society of North America (RSNA) reports that Obesity can cause brain damage. The researchers says that MRI scanning of the brain shows signs of brain damage in the obese adolescent.

Obesity is just not gaining weight, but it also adds to many other health issues like abnormal blood sugar, increase in cholesterol level, which leads to heart problems, infertility, and many more. This present study says that Obesity shows sign of brain damage that could be the result of brain inflammation.

The World Health Organisation reports that the number of obese infants and young childrenâ€™s increased from 32 million in 1990 and reached 42 million in the year 2016. In the current research, the researchers used an MRI method called Diffusion Tensor Imaging (DTI) to trace the inflammation in the nervous system. The present study compares the DTI result of childrenâ€™s in age of 12 to 16, where 59 were obese adolescents and 61 healthy adolescents.

The result was derived using a measure called Fractional Anisotropy(FA), which correlates with the condition of the brains functioning among the sample population. The result of the study states that brain changes were found in obese adolescents related with issues like lack of control in appetite, emotions, and cognitive functions include lack of insulin resistance, etc.

The researchers say's that they found a positive association with inflammatory markers, which leads to believe in the process of neuroinflammatory besides insulin and leptin resistance. They also added that in future they would like to repeat brain MRI in adolescents after weight loss treatment to assess if the brain changes are reversible or not