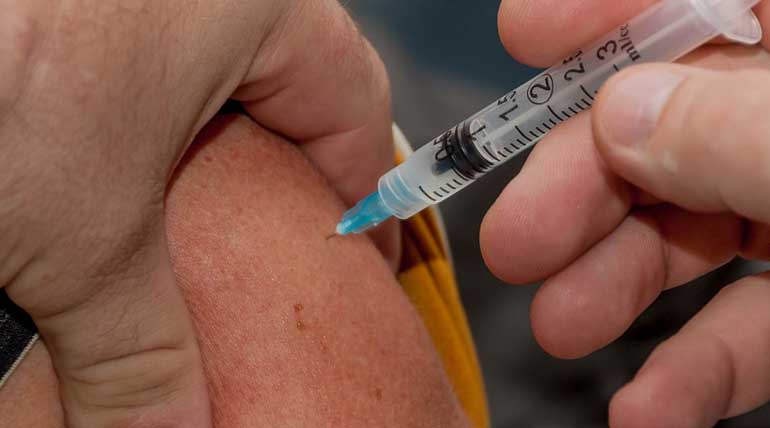 FDA approves its first vaccine for Ebola Virus: The Food and Drug Administration of the United States announced on Thursday, stating the confirmation of its first Ebola vaccine Ervebo developed by the Pharmaceutical company Merck & Co.

Less than a month in November, the European Commission approved the marketing consignment of Merck's Ervebo vaccine in the European Union. Subsequently, U.S welcomes Ebola Vaccine in the state to prevent viral outbreaks alike Congo.

After the vaccine testimonial as an investigative medicine from 2014 to 2016 by the World Health Organisation and the Republic of Congo in the viral outbreak areas, the Ervebo vaccine for EVD gets approval from the two big nations of the world.

Ebola virus is a transmittable disease that causes hemorrhagic fever spreading from person to person. The purpose of Merck's Ervebo vaccine is to prevent the spread of the viral infection caused by Zaire Ebolavirus in people of 18 or more. It has already killed more than 2000 people in the Congo region of Africa, marking as the second-largest Ebola outbreak.

Though the scale of Ebola infection in the U.S is minimal, the commitment of the U.S government and FDA forces to sign the call for the Zaire Ebola vaccination since the deterioration of lives in the Republic of Congo shakes the world fear of Ebola.

Alex Azar, Secretary of Health and Human Services, calls this as "a triumph of American global health leadership."

"Vaccination is essential to help prevent outbreaks and to stop the Ebola virus from spreading when outbreaks do occur," states FDA'S director Peter Marks of Biologic Evaluation and Research department.

Vaccine dosage test was done all over to nearly 900 people in Canada, Spain, and the United States supporting the approval and quoted that side effects like headache, swelling, redness, fatigue, and muscle pains occurred after vaccination.

Nearly 20,000 people of Congo have been vaccinated during the outbreak, and Guinea approved the Ervebo is 100% effective in preventing the lead illness.

EU supports the increased dose approval V920 in the following months and signs to prescribe in Germany by 2020.