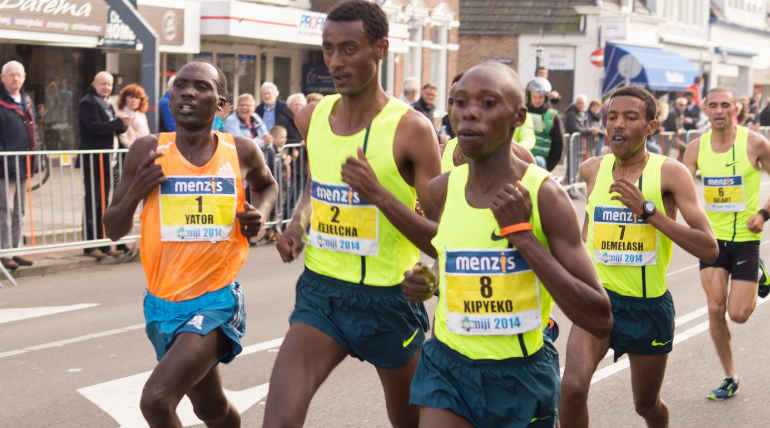 California: Runners usually require health balancing and instability worse the condition of the athlete hellishly as the esophagus rupture occurred during the marathon. What exactly happened was a 37-year-old man experienced severe upper abdominal and lower chest pain during his first 100 miles run in California. The condition became even worse when the runner took an anti-inflammatory pill as a counterpart of the ache but resulted in vomiting spitting along with the pellet.

The ultramarathon runner depicted it to be a rib injury, but he later analyzed that the pain is due to the tear of the esophagus. A recent study of the BMJ case report was published in an August journal to make awareness about the bizarre medical case.

The man reported to the BMJ case stating that he was running in the first marathon in the Western states 100 and ran nearly 70 miles along with his pacing partner towards the aid station. But only a few miles to the aid station, the runner experienced severe pain, which forced him to take nonsteroidal anti-inflammatory (NSAID). After all the circumstances, he vomited suddenly enduring acute chest pain, which he thought to be a rib breakage.

An ultimate nightmare to the debut runner on the track, aid station helpers shifted him to the emergency room via ambulance. The patient added that "When I was in the first ambulance, the paramedic treated me as if I had a heart attack. I did not realize the seriousness of my situation until I saw the look of concern in the radiologistâ€™s eyes after the contrast X-ray revealed the esophageal rupture".

Esophageal rupture is a rare and deadly disorder, aka Boerhaave's syndrome, which occurs due to forceful emesis, i.e., vomiting. This three per million rare disease will occur mostly in the older adult who is prone to alcoholic habitual or smoking. But in this case, the left esophagus has torn in the runner causing lethal pain.

"This was the top two or top three of the most serious things Iâ€™ve ever had to deal with," says Andrew Pasternak, a physician at the Silver Sage Center for Family Medicine, Nevada. He also added that the injury though the major issue, but NSAID pills intake is highly not recommendable (No-No) for a runner; instead, the physician directs the victims to gulp water slowly.

Overall the patient underwent bronchoscopy followed with medication for about 41 days in three hospitals. The ultramarathon runner victim claims that he had learned many from this experience.

According to the Volunteer physician in the aid station during the 100-mile marathon, the victim almost recovered, and he is all set to run the track in 2020.