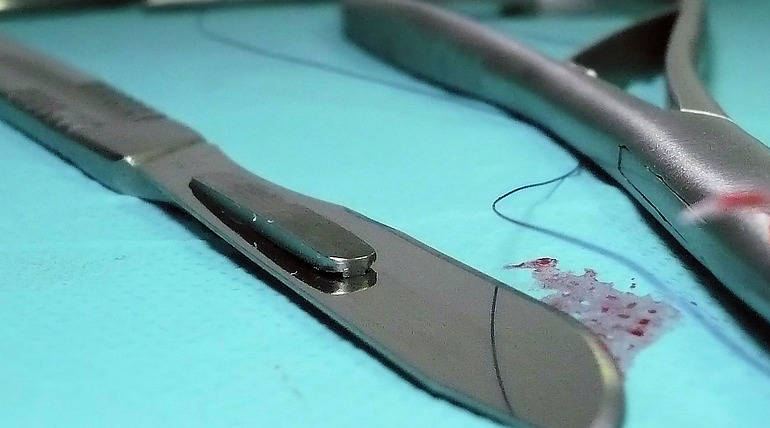 To the shock of 1,182 patients of Goshen hospital in Indiana, they were informed by a letter that they could have infected with dangerous diseases like HIV. All of them were patients who have successfully had their surgical operations from April 1 to September 30. But though the surgery cured them, it may have caused them to be infected by unsterilized equipment in the Goshen hospital, says the letter. The hospital is now confronting a lawsuit against such inappropriate action to cause dangerous disease to so many people.

Randy Christophel, the president and CEO of Goshen Health, said that the letter was sent only as an extreme measure of caution to confirm if they are affected by any of the 30 dangerous diseases. Daniel Nafziger, the hospital's chief medical officer, said that all the seven surgical instrument sterilization technicians did not finish the essential steps of the hospital's multi-step sterilization with some tools from April 1 to September 30.

Liz Fisher, the marketing specialist of Goshen Health, said that the surgical patients during the period have been sent notification letters and are also offered free testing for the viruses. But the CDC says HIV weakens any persons' immune system by destroying all the critical cells that fight disease and infection. Hepatitis C and B cause liver infection by the blood-borne virus and could pass from an infected person to non-infected persons through the bodily fluid.

Though the hospital authorities say that those infected could only be a small subset and the risk of exposure is low, it is still a cause of grave concern for all the 1,182 persons who have received the letters lately. Also, they have to come now and take the tests and wait for ten working days to know whether they are affected by deadly diseases are not. The despair and anxiety of all the 1,182 patients waiting in peril for the results are too much to bear. And, worst for those testing positive for deadly diseases which could spoil their life.