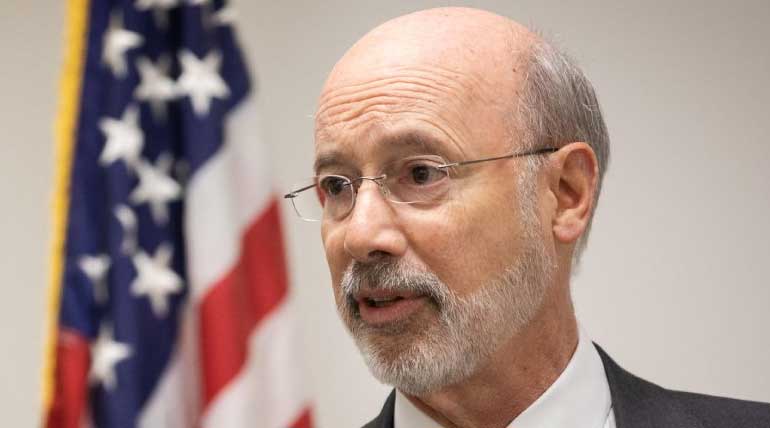 Republican governor votes against a Republican bill to prohibit women from aborting for down syndrome reasons: Pennsylvania Republic governor Tom Wolf on 21 November Vetoes the Anti-Eugenics bill brought by the Republic party. Recently President Trump said that women should not abort their children for the reason that they have down syndrome. Accordingly, the Anti-Eugenics bill was brought, which the Pennsylvania governor has now voted against it.

In Pennsylvania, abortion is legal up to the first 24 weeks. But it cannot be done for gender reasons or for deciding male or female babies. This new anti-Eugenics bill is aimed to prohibit women from aborting children with down syndrome.

Down syndrome is a genetic disorder causing a distinct facial appearance among born children. They may also have intellectual disability and development delays.

Only one in 700 US babies born are affected by Down Syndrome, which totals to 6,000 a year. The Trump administration believes that children with such disabilities should not be aborted and given the right chance to live in the world.

But the Pennsylvania governor has other opinions. He says that the said bill is a restriction on women and medical professionals. It interferes with women's health care and also between the patient and physician decision making.

They must be able to make their choices about medical procedures and to choose the right one they need was his contention. He also said that the anti-Eugenics bill was unconstitutional and not consistent with the fundamental rights which are protected by the 14th Amendment. It is against the guarantee of the power of privacy was his reason for deciding against the bill.

Pennsylvania governor has a track of such controversial decisions. In 2017 he rejected a measure to ban elective abortions after 20 weeks. In August this year, he announced his plans to close down syndrome disabled persons state centers.