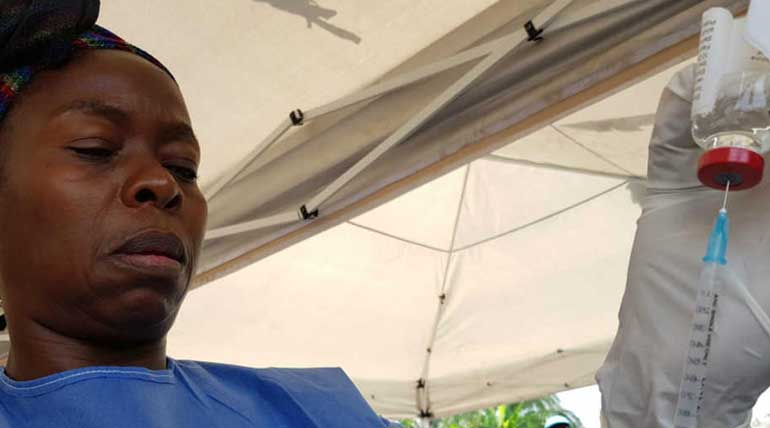 Ebola hemorrhagic fever is a deadly disease caused by the Ebola virus. The therapy for Ebola disease considered incurable, with an increased risk of mortality.

On Thursday, the European Medicines Agency recommends a marketing authorization from WHO to establish the newly developed rVSV-ZEBOV-GP vaccine to heal people free from the Ebola disease.

There is no vaccine therapy for ebola to date; EMAâ€™s announcement for authorization lightens up many lives at risk. WHO appreciates the European Medicines Agency for recommending approval, an essential step for all pharmaceutical manufacturers to evaluate scientifically before attaining a license.

Dr. Tedros Adhanom Ghebreyesus, WHO Director-General, says that conditional authorization for the worldâ€™s first Ebola vaccine is a triumph for public health. He thanked the volunteers, researchers, health workers in Guinea, and the people of Congo who supported the study and made to achieve this landmark.

After the significant outbreak of Ebola in West Africa in 2015, in association with the government of Guinea, WHO started the randomized trial for the vaccine. The test was done using an innovative ring vaccination method.

WHO recognizes the Canadian government for helping in the early stages of vaccine development. Several challenges for the past five years has been faced by the health workers, researchers, regulators, vaccinators. WHO now celebrates its landmark achievement of finding the therapy for the deadly disease.

WHO has already paved the way for prequalification of the Ebola rVSV-ZEBOV-GP vaccine in the African countries. This announcement of EMA does not pose an immediate effect of the vaccine to the people until it gets licensing. However, the vaccine will be available for public use as a research protocol with the ring vaccination strategy.

In the current Ebola outbreak of Congo, more than 2,36,000 people have been vaccinated with rVSV-ZEBOV-GP donated by Merck to WHO.

Dr. Tedros, WHO Director-General, said, â€œThis vaccine has already saved many lives in the Congo outbreak. Now, the European Medicines Agency recommendation for approval will save more lives legallyâ€.