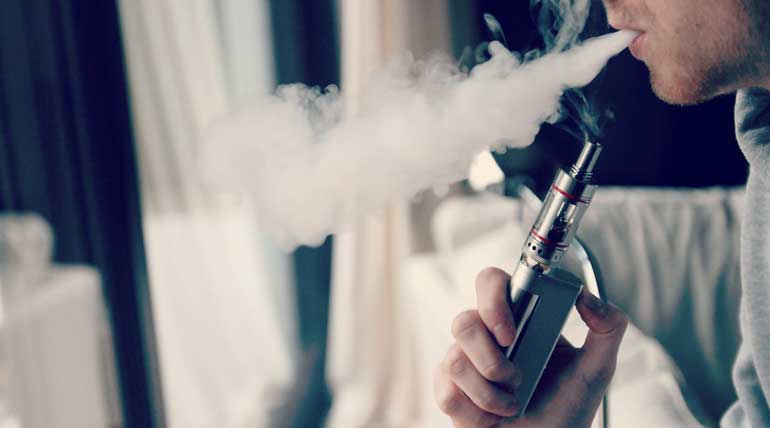 Vaping: E-Cigarette is No More Safe and cause severe lung disease

Vapor + Smoking= "VAPING" causes Lung Diseases!!! Washington, Two respiratory infection cases confirmed linked to Vaping. Vaping has become a Statewide outbreak, caused a lung disease at King county. A teenager who lived in King County was the first person to confirm lung diseases because of vaping and hospitalized for several days. He actually vaped with the help of the electronic device "E-Cigarette" (Electronic Cigarette). E-Cigarette and regular cigarettes do not have many differences in nature. The same amount of nicotine is present in liquid form, and propylene glycol combined with saffron.

The teen boy from King County has been recovered, but he has reported that only usage of 3 years vaping leads him to this lung disease. E-cigarettes and Vaping are not much safe to use because of the toxic substances that contain will take users to a dreadful lung illness.

According to these two cases in County, it is called Severe Pulmonary Diseases Associated with Vaping. They were hospitalized in august and observed until recovery. President Donald Trump announced to ban the non-tobacco flavored vaping products and which combines with nicotine combine with sweet and fruity flavors, that are more popular among the teenagers.

Washington Governor Jay Inslee, also passed information to the State Department of Health to ban E-Cigarettes. So far ix deaths and more than 450 cases in 33 states were reported due to this severe lung illness caused only by vaping. Many schools already educated about the causes of Vaping and E-cigarettes.

Now Countries like India has also banned E-Cigarettes and vaping in few states Punjab, Haryana, Kerala, Mizoram, Karnataka, and Jammu & Kashmir. People should initiate this awareness of even smoking or tobacco whatever, poison is always poison; there is no difference between slow poison.