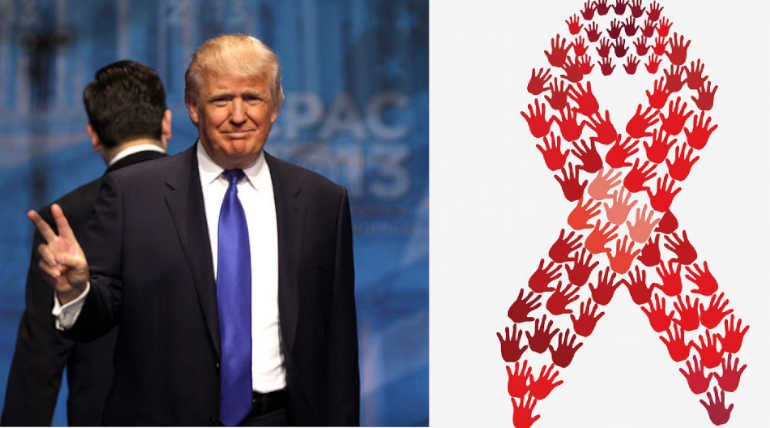 Millions of AIDS patients awaiting death want a cure soon is the wish on world AIDS day: HIV kills millions, and still no cure for it is a sad fact to be remembered today, the World Aids Day 1 December. More than 38 million people are still living with HIV worldwide, including 1.7 million children. The need for vaccination is eluding the science community for nearly forty years now. Though President Trump has confirmed of eradicating HIV in ten years, he and his son Trump Jr. are highly criticized for taking anti-AIDS initiatives.

In 2017 AIDS killed 940,000 and in 770,000 in 2018, but only 24.5 million of the 38 million HIV affected patients have access to its treatment therapies. And the saddest fact is, a preventive vaccine is still not found for it, even after its first patient dying in 1980. Two-third of them live in the Middle East and Africa with limited access to treatment, and they also have the most of the 1.7 million HIV affected children. The US Department of Health and Human Services advises HIV patients to take ART or antiretroviral therapy to reduce the virus, chances of transmitting them, and to live healthy lives.

Dr.Carlos Del Rio is the director of clinical sciences and International Research for the Center for AIDS Research at Emory University. He is also the dean for Emory School of Medicine at Grady Health System. He says on the world aids day that researchers are facing significant challenges to reduce HIV infection and death due to AIDS.

President Trump on world aids day expressed his and the first lady's support for those living with aids. He also mourned the death of AIDS patients and said American leadership has proved that community by community AIDS can be eradicated within ten years. But the democrats cry foul over the Trump's administration cutting global HIV prevention programs.

Tom Perez, DNC chairman along with Tony Coelho, DNC Disability Council Chairman, and Earl Fowlkes, the DNC LGBTQ Caucus Chairman, issued a joint statement on the world aids day. They said that the President is no ally of HIV people who are disproportionately people of color and LGBTQ. They also accused Trump of cutting the many HIV prevention programs like the Affordable Care Act, Medicaid, and Planned Parenthood. They also criticized his son Trump Jr. for his attack on HIV.

Researchers should find a vaccination fast to save the millions of AIDS patients dying every year, including children, is the wish of millions of people on this World Aids Day.