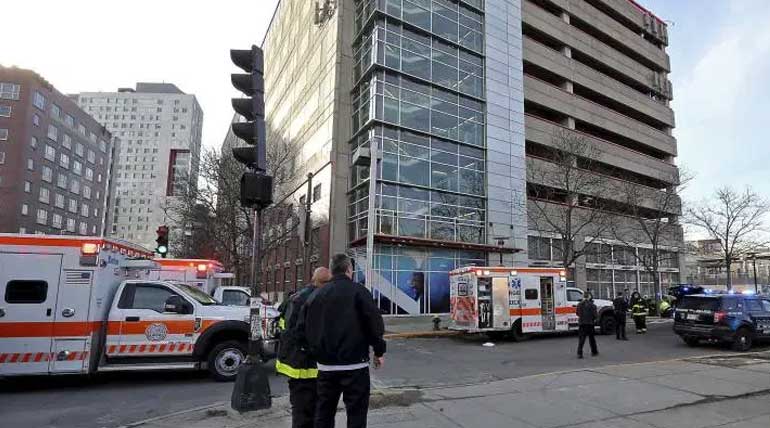 A woman and two kids dead near a parking garage in Boston. Photo AP.

At 1:26 pm on Christmas day, a woman and two kids younger than five years were found unconscious on the sidewalk of the Renaissance Park garage near Northeastern University in Boston. The parking is near the Ruggles transit station. They were rushed to the hospital, where they were pronounced dead.

Racheal Rollins, the District Attorney, said that this time of the year could be challenging and difficult for some people. But people should know that there are help and can call statewide Samaritans Hotline at 877-870-HOPE.

William Gross, the Boston Police Commissioner, said that it is a tragedy on Christmas day. When asked about the possibility of the woman and children would have jumped to their death, the commissioner said he does not want to jump into conclusions without knowing the facts.

The Northeastern University near which the tragedy happened said that it is going to staff the garage with 24 hours security. Also, it is planning to shut access to the garage's top two floors for pedestrians and vehicles.