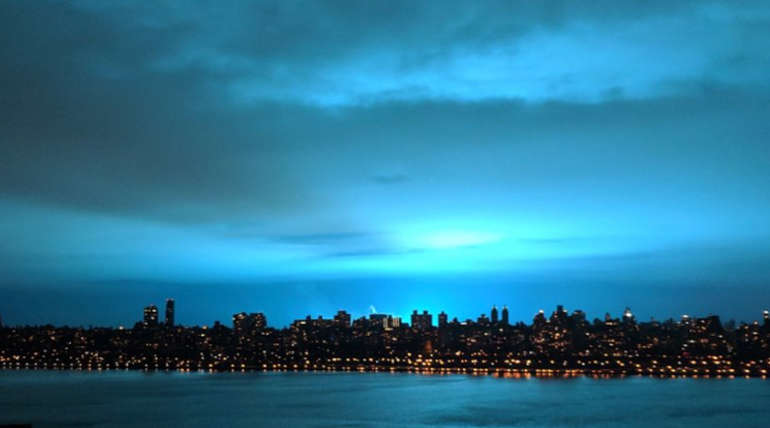 An explosion at a power plant in the Borough of Queens, New York, on Thursday night triggered a fire, which was quickly controlled by the authorities. An intense blue light lit up the New York skies on Thursday night, following the explosion that would have occurred in the neighborhood of Astoria, around 9 pm. It is not known for now whether people have been injured.

Several US media claim that the incident occurred in a Con Edison power plant, one of the largest power utilities in the United States, whose main subsidiary supplies power to more than three million customers in the United States - New York and Westchester. Firefighters in the city, the Fire Department of the City of New York, have confirmed they are investigating the explosion of a transformer on the premises of the company. The Local News Channel in the US reported a number of citizens whose electricity seemed affected.

On social media, many netizens posted images of the sky tinged with electric blue lightning over City Queens. There is also a blue thick cloud of smoke. The hashtags #bluelight and #queens quickly became one of the most tweets after the event.