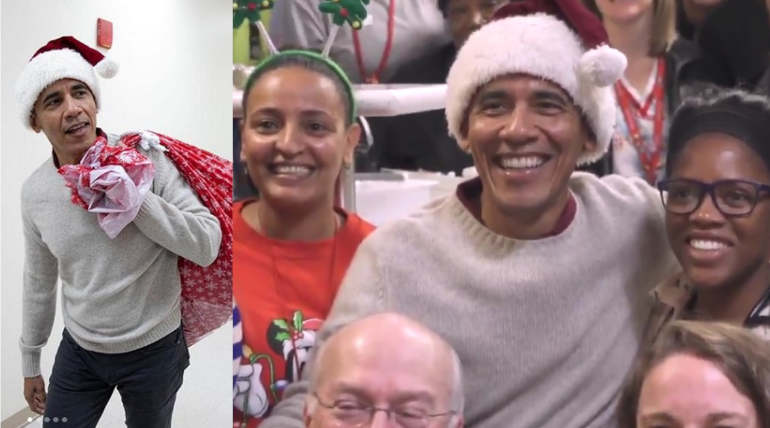 Former President of the United States Barack Obama Visited the Children's National Hospital on Tuesday to meet and greet the patients. The man himself wore the Santa hat and entered the hospital to bring a smile in the small kids' face.

Obama entered the hospital with foot tapping dance moves and gave some chilling moments to the children. He gifted the patients as a Santa and spoke some kind words with them giving some strength.

Even after the change of President, Obama makes sure about his connect with people and always makes everyone feel his presence with his deeds.

Yesterday, Santa Obama stopped by @ChildrensHealth to spread a little Christmas cheer and remind us what the holiday season is all aboutâ€”giving back to the communities that we call home: pic.twitter.com/ATC2ksdNOO