Oklahoma Earthquake Shakes the City at Mid-night with Low Magnitude 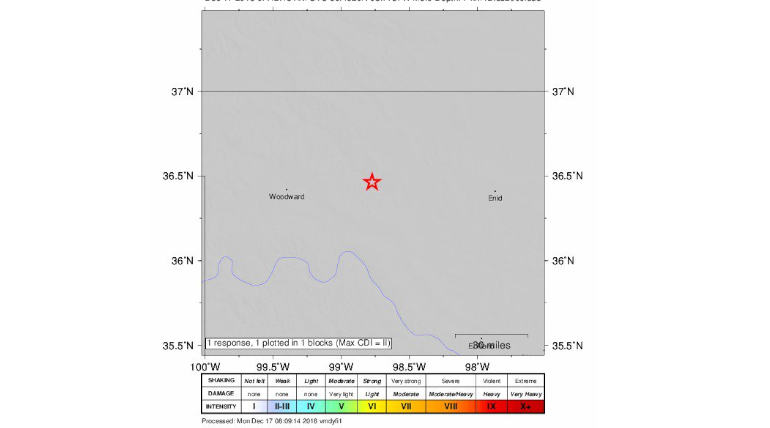 Minor Earthquake hit Northwestern Oklahoma at 1:42 a.m (local time) on Monday. The United States Geological Survey recorded a 3.0 magnitude earthquake early on Monday that shook the residents of the city.

The earthquake originated from 3 miles north of Togo, 34 miles east of Woodward, 50 miles west of Enid and 98 miles northwest of Oklahoma City. It is found to be 4 miles deep under the land surface as reported in the survey.

As the earthquake was very minor, not any casualties have been reported so far. Also, no injuries or damage were reported after the quake. Even the media came to know about the quake only after a while when reported.

Oklahoma Earthquake Shakes the City at Mid-night with Low Magnitude