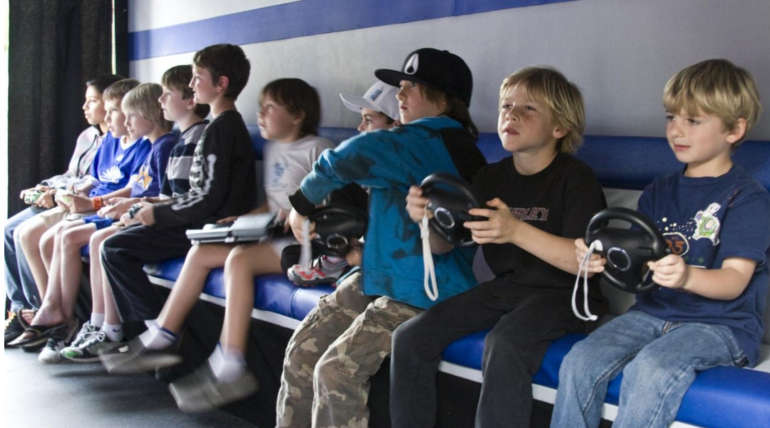 In the last few years, due to the decrease in TV viewing habits, video games have become the most dominant form of worldwide entertainment. All the electronics systems,Portable systems, tablets, TV, smartphones are made equipped for playing video games.

It's not a surprise, as video games available everywhere, children and teens don't know when to stop playing has become a major concern for the parents as they become addicts. Kids start neglecting studies, mingling with friends and family members, sports as they limit themselves into the video gaming world.

Recently, Fortnite,  a popular video game which played by more than 200 million users which is free to play but made at least 1.2 billion dollars on the sale of the in-game currency. The developer of these shooting game didn't show any respond of the growing problem of game addiction even they criticized for free to play model. These type of video games affect the kid's normal life and parents are forcing them to rehab.

A parent Debbie Vitany said that her son has been logging in to play up to 12 hours a day. His grades have become degraded. And teachers have complained he is fallen asleep in class.

Lorrine Marer, a behavioral specialist, "This game is like heroin. Once you are hooked, it's hard to get unhooked."

"We had made some progress in getting him to cut down his gaming hours and get better sleep, but he is slipped back into his old habits," Vitany said. "I have never seen a game that has such control over kids' minds."

There is another parent sharing, "I have three daughters. One is absolutely hooked on Fortnite. My 12-year-old has lost her electronic device privileges for a week for failure to call it quits when I say. She has been threatened, yelled at, badgered, and the WiFi has been cut to the whole house more times than I can count because of THAT game.