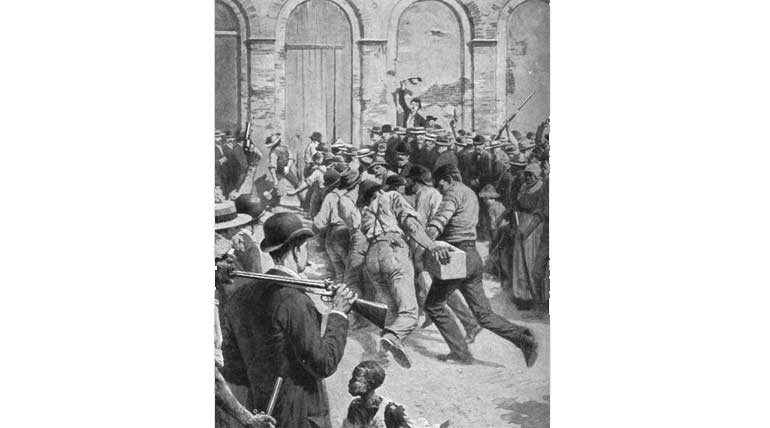 Kevin McCarthy, the House Republican leader, didnâ€™t endorse his remarks. Though his previous comments on the probe as a witch hunt, fraud, a coup, and a bull sâ€¦t, were let out easily, this lynching comment is getting disapproved by all quarters.

Why is the word â€œlynchingâ€ is inappropriate? Lynching word by the President has taken back the Americans to some of the darkest annals. There were about 4700 violent public lynching deaths of Americans conducted under the supervision of some vigilantes from 1882 to 1968.

It was one of the periods of horrific racial violence cut loose in the United States. It was done to terrorize newly freed black Americans following Emancipation and the Civil War in America.

Is this a diversion? Trump being only the third President to undergo impeachment in American history, must be under a lot of stress now. His comment on 22nd October, describing the impeachment probe as lynching, is one out of frustration. But many Americans feel it could be another distraction tactic of Trump.

The democratic inquiry also had a crucial testimony from an official of the State Department, which Trump and his lawyer have denied earlier. The official on oath said that the President had leveraged foreign aid to Ukraine. It was done while seeking investigations into his political opponents. This testimony is the basis of the impeachment inquiry, and it could pose a severe political threat to his presidency.

Many Americans feel that Trump is trying to distract the attention of the Americans from the impeachment proceedings must have utilized the sensation of lynching.

Trump comparing the impeachment probe to lynching seems like he is trying to initiate racial tensions once again to safeguard his presidency. But it is now even opposed by his Republic party leaders, causing much humiliation to him.