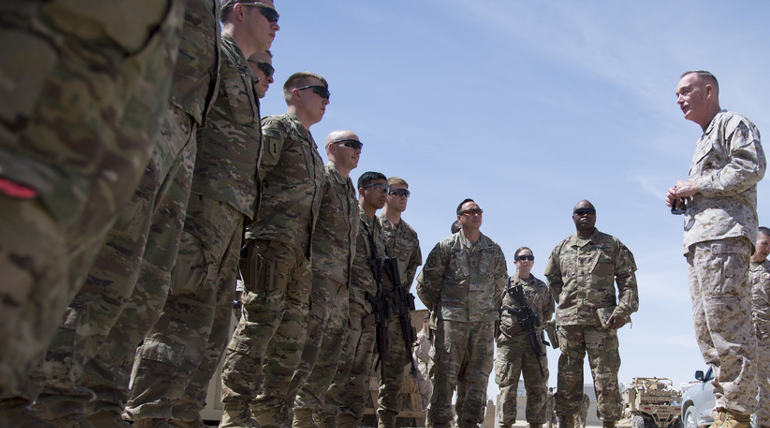 Two American army men were reportedly killed in Afghanistan during an operation carried out by the officials. On Friday the servicemen were killed by Taliban as per reports and the NATO has confirmed the news but not letting any other information about the operation that was carried out during the incident.

The identity of the officers has been withheld at present until the family of the martyrs was informed and for further investigations according to the Department of Defense policy. The 17-year old conflict between the United States and Taliban is under peace talks in recent times but the discussions didn't seem to have been yielding the expected results.

Almost 17,000 troops are in Afghan among which more than half of the troops belong to the US while they all struggle to manage the tension given by the Taliban who cover half of the country. Though there was a peace settlement from the US - Taliban talk, things aren't clear going by the current happenings.