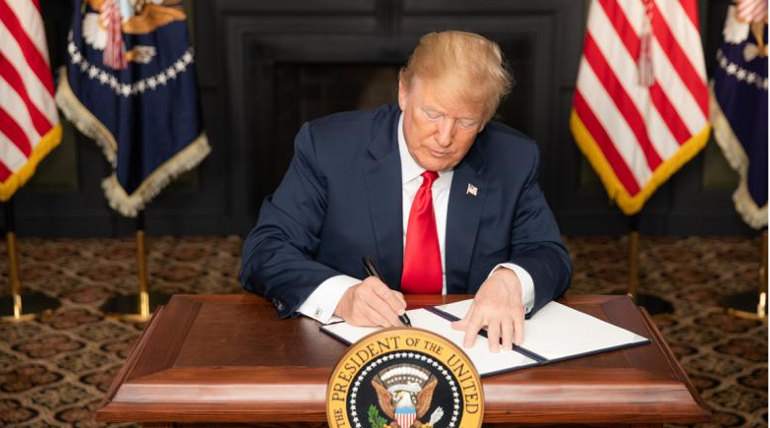 The current situation of the US and Iran continues with the Trade War. The sanction by the US on Iran is still alive. Amid this Iran has decided to circumvent this situation. Recently, the Iranian Foreign Minister Javad Zarif was in Delhi as a part of the Regional Outreach Program. The UK, France, and Germany had registered a new Special Payment System called (INSTEX) Instrument In Support Of Trade Exchanges in France.

As a counterpart, Iran has produced (STFI) Special Trade and Finance Institute. INSTEX and STFI are now conceived as a means to match trade of Iranian oil and gas exports to the EU. It is more as a Barter Trade in non-sanction able humanitarian products like medicine, medical, and food. Countries like India and China have shown interest in INSTEX. However, it has not moved forward informal discussions due to current non-operability of INSTEX and non-inclusion of oil and gas currently as products of trade.

All of STFI started after the technical and expert negotiations that took place between Iranian Delegations and representatives from the 3 European countries Britain, France, and Germany. This is a result of all the efforts of the Central Bank of Iran, the Iranian government and many other private banks. Earlier, the president of the INSTEX travelled to Tehran to hold talks with senior Iranian officials on ways to make the mechanism operational. INSTEX is based in Paris and managed by the German banking expert Per Fischer.

The three European countries that are signatories to the 2015 Iran nuclear deal are reportedly going to use the channel initially only to sell food, medicine and medical devices in Iran. In May 2018, the US president pulled his country out of the Joint Comprehensive Plan of Action (JCPOA), the nuclear deal that was achieved in Vienna in 2015 after years of negotiations among Iran and the Group 5+1 (Russia, China, the US, Britain, France, and Germany). After the US withdrew itself, Iran and the remaining parties launched talks to save its position.