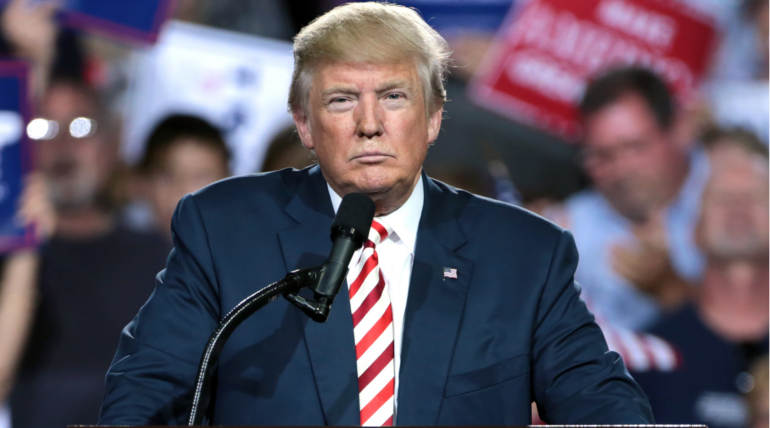 During the Christmas Eve, on Monday night, Trump had a small conversation with a 7-year-old girl named Coleman. It was around 6:30 P.M. Trump and his wife Melania Trump were seated in front of the fireplace, between two Christmas trees and spoke on separate phones to children whose calls to NORAD had been directed to the White House lines. NORAD, the North American Aerospace Defense Command, has made a new tradition of using a radar system to track Santa around the world every Christmas Eve.

Trump wished Coleman a Merry Christmas and asked her age, Christmas plans and how she was doing in school. He also added "Are you still a believer in Santa? Because at seven, it's marginal, right?"

She replied saying a 'yes', though she told The Post & Courier that she did not know the meaning of the word "marginal". She also shared that she was surprised to talk to the President. "I was like, 'wow.' I was shocked," she said. She added that if she could speak with Trump again, she would ask him about his family. Her response is not clearly recorded in the video, but Trump is seen smiling after hearing what she said.

"Well, honey, happy Christmas, and you just take care of yourself and say hello to your family, OK? Say hello to everybody," Trump spoke these words before the conversation was over. Trump's question to the girl about whether she still believed in Santa Claus became viral on social media and was still being talked about on Christmas.