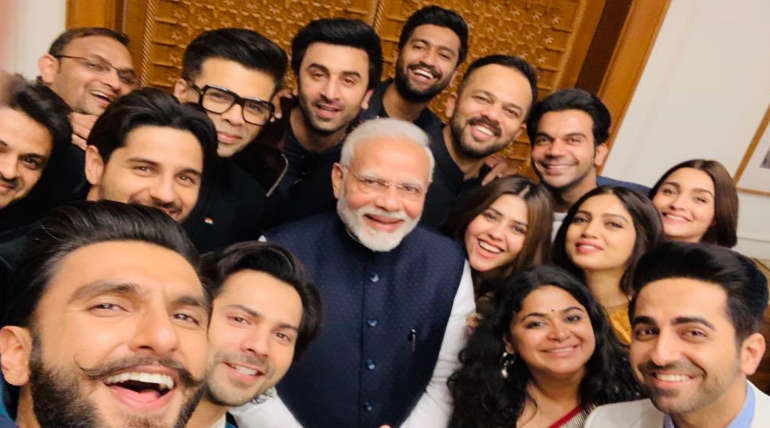 For the upcoming Lok Sabha elections Indian Prime Minister Narendra Modi is urging people to cast their ballot which take place in the months of April-May. PM Modi wrote on his official Twitter account and tagged various big star names, including Bollywood stars to encourage the Indian People to come out and vote in large percentage.

Indian Regional film stars like Mohanlal and Nagarjuna Akkineni were also tagged by PM Narendra Modi, apart from several sports personalities, media persons and politicians also. His aim is to inspire citizen of India to set a new record of high vote percentage in the upcoming elections 2019.

PM Modi's tweet to Kerala Super star Mohanlal read,"Dear @Mohanlal and @iamnagarjuna, Your performances have entertained millions over the years and you have also won many awards. I request you to create greater voter awareness and urge people to vote in large numbers. The award here is, a vibrant democracy."

He also tweeted, "My young friends @RanveerOfficial, @Varun_dvn & @vickykaushal09, Many youngsters admire you. It is time to tell them: Apna Time Aa Gaya Hai and that it is time to turn up with high Josh to a voting centre near you."

"Urging @SrBachchan, @iamsrk and @karanjohar to creatively ensure high voter awareness and participation in the coming elections. Becauseâ€¦its all about loving your democracy (and strengthening it," from another tweet from Prime Minister Narendra Modi's account.

Interestingly, all of his tweets ended with a punch line exclusively meant at targeting the young Indian citizens and the movie lovers. While in one, he used the reference of Ranveer Singh's Gully Boy, in the other he referred to Vicky Kaushal's Uri: The Surgical Strike.

PM Modi also tweeted,"My fellow Indians, Urging you all to strengthen voter awareness efforts across India. Let us all ensure maximum number of Indians come out to vote in the 2019 Lok Sabha elections."