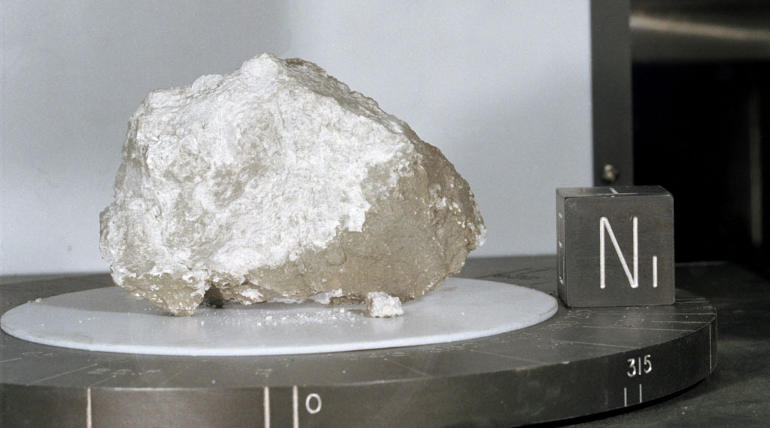 Before we start, we got to look back at the time in order to understand the upcoming story. Every one of us who are reading this story is already aware of moon landing and conspiracies around it. Let's leave those conspiracies behind far now.Back in 1969, the astronauts of Apollo mission brought back a big moon rock back to the earth along with 2,200 moon samples.

NASA named the rock as "Big Bertha" as it was the biggest moon sample that brought back to earth after the successful human mission to our own natural satellite.Now, recently, a team of scientist has published their findings in the Journal of Earth and Planetary Science letters claiming that the Big Bertha is a rock which has its origination in earth rather than Moon. A team of scientists from the Curtin University of Australia, Swedish Museum of Natural History and the Lunar and Planetary Institute of Houston borrowed some two gram of sample of Big Bertha from NASA for their research.

According to their publication, the old rock from the moon holds the components of felsites which in term we call it granite.The team of scientists has stated that the old rock which has some components of Granite, quartz and Zircon are completely unusual to the moon because they are from Earth. On the further study that made on the rock had deliberately left an astonishing result that the rock is one of the oldest rocks of Earth which may have its age around 4 billion years. But how that large piece of rock left the Earth and crashed on the Moon?Our own earth had gone through many extreme contacts with asteroids and comets in its earlier ages. Scientists claim that this could be a possible way to think how the earth rock got its place near a crater in the Moon.

Eventually, the Moon was 2.8 times closer to our planet some billion years ago so there are many possibilities for an earth rock to reach the moon surface after a large explosion that made by a meteorite crash.Now scientists are hoping to dig more about the past of earth and they believe that these rocks would possess some clues for that.