A Country Walk of Students Turned the Discovery of Dinosaur Eggs 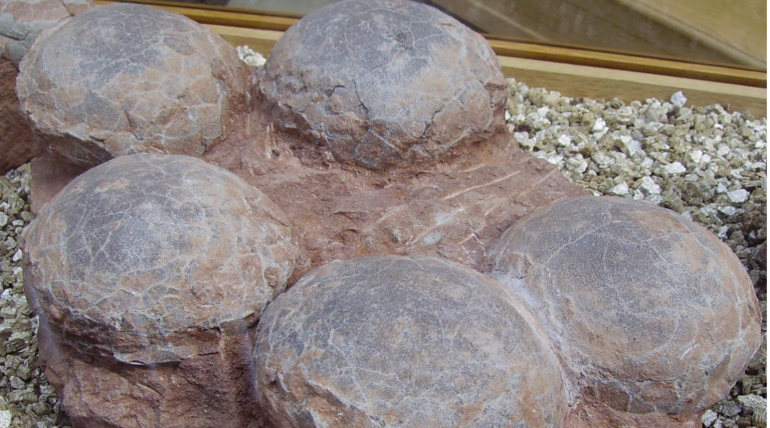 Recently, a set of students discovered a cluster of strange stones accidentally. All four of them planned for a country walk and bumped into a cluster of rocks. But as they found the eggs to be covered with red mud, they felt it be strange. This made them report it to the local museum. The staff of the local museum called the experts from the China Academy of Science to know more about the discovery.

These findings were confirmed to be dinosaur eggs and date back to the late Cretaceous Period. This epoch started 145 million years ago and ended 66 million years ago. This information was published in Mirror reports. The dinosaur fossils are now held in a museum in the Pingxiang city area. Jiangxi province of China has got the reputation called hometown of dinosaurs because of the number of recent fossil discoveries. In the year 2010, a dinosaur egg fossil along with an eggshell was found during work in a construction site.

In the year 2008, many skeleton fossils were discovered in Pingxiang Construction work site for a new school. Here 30 dinosaur eggs were found to be around 130 million years ago old. Another interesting fact is that the eggs survived an explosion that was set off by the workers to break the so thought rocks. (Dinosaur eggs)

A Country Walk of Students Turned the Discovery of Dinosaur Eggs