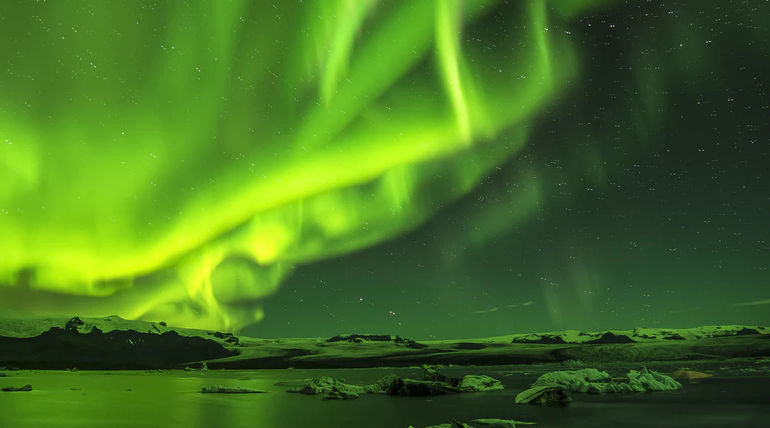 NASA intern finds new theory for aurora seen three years back in Norway: NASA once again proves why it is the bedrock of all space discoveries. Recently its intern has discovered a new phenomenon never seen before in the skies. By studying the three-year-old video footage of the Arctic sky taken in Norway, she discovered a new type of aurora or dazzling lights in the sky.

Auroras are the dancing and colorful glowing lights that adorn the skies of the North and South Poles. Though they are visible only during the night, they are caused by the effect of the sun. Energy and small particles are inconsistently sent by the sun towards earth. Sometimes they do not send anything, and sometimes they flood the earth with high energy particles and bubbles of electrified gas.

When these solar particles pass through the earth's magnetic field, they collide with atmospheric gases like nitrogen and oxygen to create hypnotic waves. They are seen as dancing lights with green, red, blue, and purple colors known as auroras.

Jennifer Briggs is a physics student at Pepperdine University in California and a NASA intern. She studied a video of the aurora taken in Norway of the Arctic sky three years back. She found that there is a difference between NASA's satellite data and aurora video footage.

It did not have the solar particles as the sun was quiet at that time, as revealed by the satellite data. She concluded that it is due to the earth's magnetic field compression. Now NASA has confirmed it and says that such an event is first of its kind. But and as of now, there is no clarity on what could have caused it.

Jennifer Briggs, in a PRESS conference, said that the massive and localized compression could be like someone punching the earth's magnetic field. The spiraling motion of eastward and westward of the aurora is new and currently unable to understand.