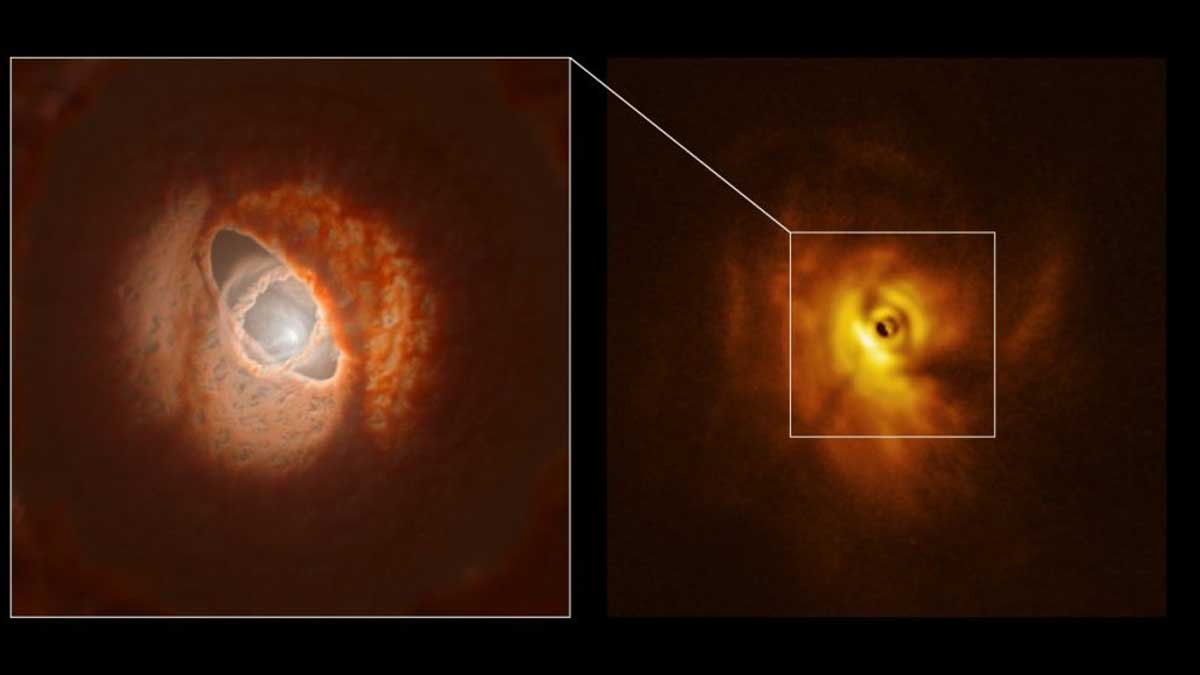 Recently published two studies contradict their views of one such solar system in the Orion constellation. While the study was published on September 3, the Science journal says that the three stars, due to gravitational force tore apart, form twisted disk circles to later form into a planet. But a May 20 study published in Astrophysical Journal Letter confirms that it is only due to forming the new planet.

The latest study published on September 3 in the Science journal confirms three stars system known as GW Orionis in the Orion constellation. The study says that the three stars solar system is 1,250 light-years away from the earth.  It is in the early stages of planet formation, and all the three stars are bigger than our sun.

The researchers from many countries studied the triple stars using AMBER or astronomical multi-Beam combiner. Later they used GRAVITY instruments like the VLT  or gigantic telescope in Chile. The researchers also used the world's largest telescope ALMA or Atacama Large Millimeter Submillimeter Array.

Alison Young is the co-author of the published study and says that though there were many theoretical studies on the disk-tearing effects, this study is the first evidence on the effects that occur in the planet-forming disk. He further said that it shows the possibilities of disks twisted and broken to form planets around multiple star systems. Young also noted that the data enabled them to build a triple-star computer model to predict that the disk may be bent to form a separate ring.

Stefan Kraus is the lead author of the study, said that they got the solution only in 2016 after nearly eight years of research. They noticed a misalignment between the orbits of the three stars to predict the system to disk tearing.

Contrary to this recent research, findings of another research published on May 20, conducted by Canada's University of Victoria, say that the formation of the new planet is the cause of the primordial disk's deformation. But whatever may be the findings, there indeed is more to know about the more than 100 billion solar systems like ours in the vast Milky Way galaxy.