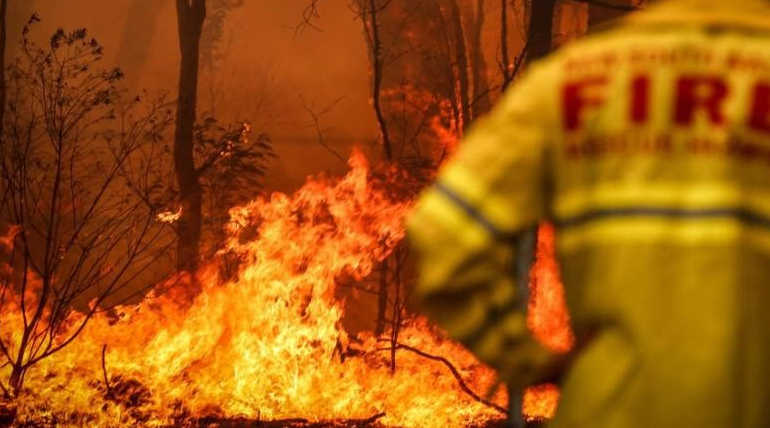 Australian fires may affect the world climate, confirm surveys: Australian bush fires are making the effects of Amazon fires less to the world climate.  The smokescreen of these fires is not only filling the Australian skies but also that of New Zealand and even up to South America. It is due to the massive production of carbon dioxide, aerosols, soot, fine particles, and others that will increase the dangers of climate change drastically.

The unprecedented Australian bush fires have affected like the fires occurred in 2009. So far, it has claimed more than 25 humans lives. And it has also burnt approximately 15 million acres of land, which is the area equal to the combining of Vermont and New Hampshire. In NSW or New South Wales alone, there is an estimated death of 480 million animals, including 8,000 koalas, as per the findings of the University of Sydney. More than 2,000 Australians have lost their homes.

As per a 2019 study published in Geophysical Research Letters, the far-reaching impact of the smoke screens are related to Pyrocumulonimbus clouds. In the study, it was found that the smoke plumes towering smoke-laden clouds may penetrate the stratosphere and may stay there up to five months to create net warming at the top of the atmosphere.

Other researches have also confirmed that the winds can carry the Australian bush fire smoke up the Alpine regions like Arctic, Alaska, and even Greenland. And these could increase the melting of ice sheets and glaciers to cause climate change. Also the emissions like soot cause air pollution threatening the whole world.