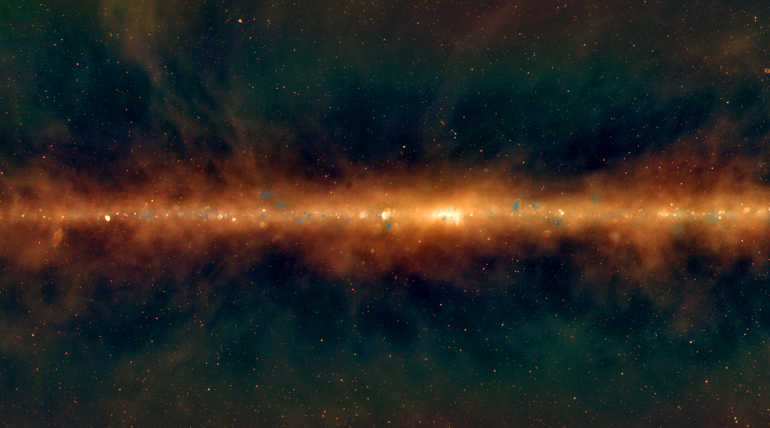 An Australian Telescope has captured a spectacular new two-dimension image of the MilkyWay. It has captured it in some of its new photos. As Milky Way is the Galaxy where our solar system is, this discovery is pretty exciting.

Scientists have discovered and presented the image that we cannot normally see using our natural vision, and so they have used Murchison Widefield Array to make us experience the image. Studying our entire galaxy is a thing that is not easy, and it is not going to happen soon. Each new discovery gives a different perspective of what we think of our Galaxy is, and this use of radio waves has given a more vivid view of our Galaxy.

Through this new view, the images captured are crisp in detail and at Larger structures, and it is Natasha Hurley-Walker (astrophysicist) at the ICRAR(International center for Radio Astronomy Research). These images show the middle of our Galaxy called the "GALACTIC CENTRE."

This discovery shows the remnants of 27 stars that would have been several times larger than our sun. DR. Hurley-Walker also stated that they have also discovered supernova remnants of a young star that lies outside the plane of our galaxy. The star was said to alive 9,000 years ago, so the Indigenous people across Australia at that time could have seen the explosion, and they could also have left some clues for us about what they have witnessed back then.

To look in their deep traditions to find the trace of this happening will be exciting, says Professor "Duane Hamacher" from the University Melbourne.

Dr.Hurley-Walker also said two of the remnants discovered are quite different and are found in a region of space where there are no massive stars. A new telescope that is about to be built from 2021 would be much sensitive and powerful that can even produce images with far more accuracy, and it could also find thousands of supernova remnants that are formed in the last 100 thousand years. She also added that it could be used even to find on the other side of the Galaxy.

This new innovation and discoveries could possibly advance our space research programs too. And, this will also enhance the doubts in space for the scientist, and it could also make them clear some of their space puzzles.