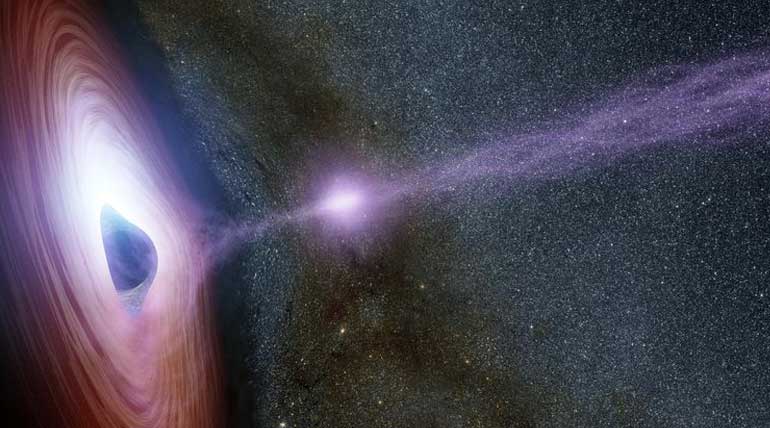 Black Hole Mystery: Researchers and Scientists were getting closer and closer towards solving the Black Hole mystery. A recent resolve on it seems to solve the long unknown mystery. Scientists revealed a detail simulation of a Black Hole and thereby they have solved a black hole mystery that dates 4 decades back.

The disclose talks about how the star â€“ devouring monsters consume matter. The hole is born when an large star collapses in on itself. More than a hole they are intense objects with a gravitational pull so strong that nothing, not even light can escape them. This is the way how the Blackhole mystery is getting untied.

They suck gas, dust, space debris and form an accretion disk. It churns all and makes super accelerated particles and is the brightest objects in the universe. From a distance, it is the accretion disk that is seen as blur halo around the image of the Black Hole released in April from the Event Horizon Telescope. These accretion risks are always tilted at an angle to the orientation of the hole, known as Equatorial Plane.

John Bardeen and JacobusPerterson brought in a theory that said that a rotating black hole would cause the inner region of a tilted accretion disk to line up with the Black Holeâ€™s equatorial Plane. (John Bardeen is a Nobel Prize-winning physicist)

Until now, this theoryâ€™s actual work is not known to anyone. A team from Northwestern University, Oxford University and the University of Amsterdam used graphical Processing units to show this. They built the best simulation to make understand how actually the theory works.

Using the computing power for magnetic turbulence occurs when different particles churn at different speeds within the accretion disk. Rightly, this electromagnetic effect that makes the matter falls into the centre of the black hole. Thus, the inner parts of the Blackhole align and so we can more precisely predict how black hole will appear to us.