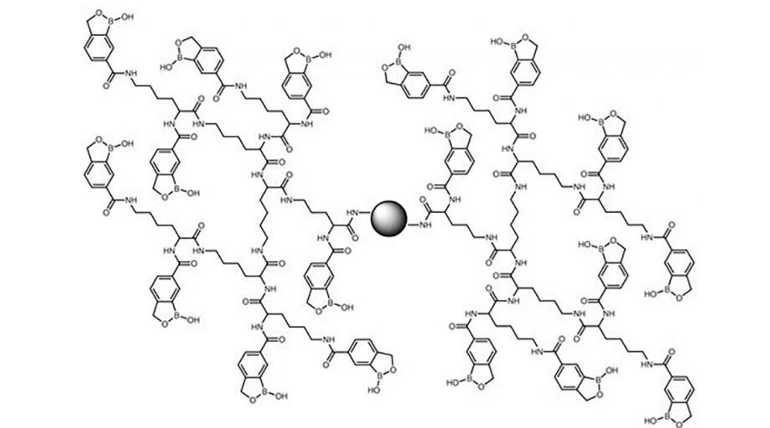 Cancer Can Be Detected Earlier Than We Thought With This Octopus.

Glycoproteins are usually known as a very common protein molecule in living organisms. Formally the protein molecule is secreted in our body and flows throughout the body and it is one of the most important compounds to build a cell receptor. But these glycoproteins are found to carry some important traces too, that secreted by sick cells like cancer.

A professor from the Georgia Tech School of Chemistry and Biochemistry had proposed a new method of detecting cancer in the earlier stage by trapping the glycoproteins that secreted by some cancer cells in the very earlier stage.

Professor Ronghu Wu and his postdoctoral researchers spend several years to develop this new effective cancer detecting method. The Georgia Tech researchers use the Benzoboroxole an organic compound that is known as a family member of Boronic Acid to make a trap for cancer traces that carried by glycoproteins.

The primary investigator of this study said that the boronic acid which is an organic chemical compound has the ability to bond with glycoproteins in a good manner but this compound doesn't care about the low abundance glycoproteins, they simply let it go. Quite, unfortunately, the glycoproteins that carry traces of infected cells are also considered to be a low-abundance thing.

Later the researchers emerged out with a peculiar family member of the Boronic Acid family, the Benzoboroxole Acid, that has a special character of binding the low abundant glycoproteins. The stitched many Benzoboroxole acid compounds to form a polymeric compound or dendrimer, branches like or tentacles like structure. Later the dendrimer was attached to a magnetic ball like thing that acts like a combining part to the tentacles that resembles an octopus head.

When the chemical octopus is known to hook up with a glycoprotein that holds the traces of a sick cell the complete system has been pulled out from its host and washed out to separate the trapped glycoprotein for further analyzing.

Most of the cancers are known to be an early detectable type but many of them are based on biochemicals that are mostly unreliable as they can't be detected completely. But this octopus compound may help that to resolve the defect.

The research team believing that further leverages of this compound could play a prominent role in targeted treatments in future as the present developed method of them is more likely to trape some peculiar molecules like antigens that emitted by cancer cells.