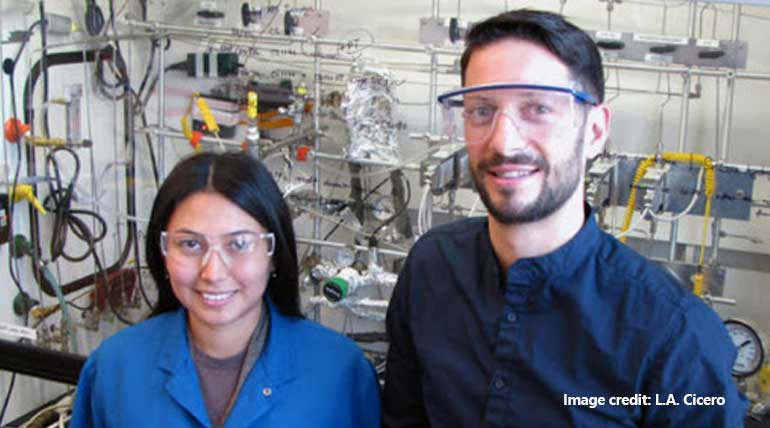 Researchers from Stanford University have found a much easier way to convert carbon dioxide into fuel. Will this bring any change to global warming?

As per the report published by Stanford University, researchers have managed to find a way that could result in a larger yield than the previous methods. They found a catalyst that could pull out an oxygen molecule and add hydrogen to the CO2 in a single reaction.

There are many previous methods like this, but none has brought this much of yield, reported the Stanford. Many previous processes like this mainly had two steps. The first is to convert the CO2 into CO (Carbon Monoxide). The second to produce Hydrogen fuels like methane by combining the CO with Hydrogen.

This two-step process takes time and energy. Thatâ€™s why the team used a catalyst that reduced the two-step into one simplest. A reagent that is used in a reaction to speed up the chemical reaction is known as the catalyst. Here, Matteo Cargnelloâ€™s catalyst could do both the steps just in a single reaction.

As per the paper published, Angewandte Chemie, the team managed to obtain that kind of catalyst by adding iron oxide nanoparticles and Ruthenium. To test the made-up catalyst, the research team reportedly reached out to SLAC National Accelerator Laboratory as the team believed there was something in the structure of their catalyst. SLAC has an X-ray Characterization technology that could help them out.

With the help of SLAC, the research team understood the optimal structure of their catalysts. In a core-shell configuration, the team engineered the catalyst that activated the CO2 to form hydrocarbon. The understanding of the structure worked by improving the yield significantly.

According to Cargnello, he suspects Ruthenium for producing ethane, propane, and butane at the end of the reaction. So, they have plans to strip Ruthenium to get specific fuels in the future.

Stanford said this discovery is at the initial phase, and itâ€™s not going to contribute to reducing global warming at a significant level. However, this can be used wisely to slow down the rapidly escalating global warming. If the work gets advanced in the future, this may be used to reduce global warmingâ€™s impact.