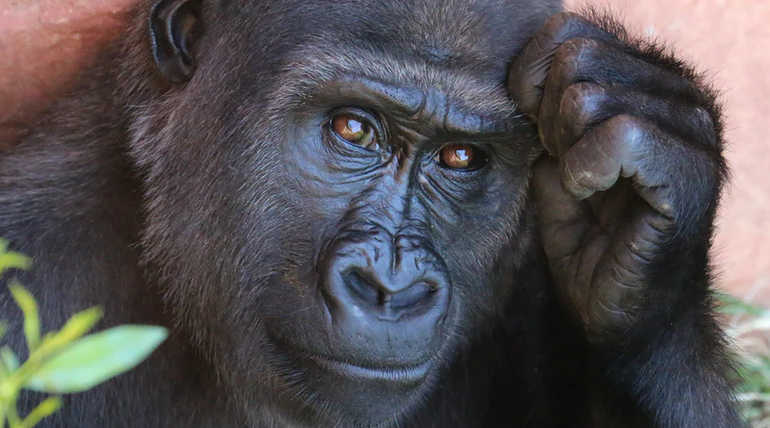 Know how chimpanzees share tools even before humans: Humans still keep on saying, rather than giving fish, teach how to fish. But chimpanzees helped each other long back by sharing tools, finds a twenty-year-old study. Published on December 23 in the Proceedings of the National Academy of Sciences journal, the study helps to focus on chimpanzees' capacity for helping behavior playing to play a potential role in the evolution of human cultural abilities.

Stephanie Musgrave is the first author of the published study and an assistant professor of anthropology at the University of Miami. He says that non-human primates or any member of the biological order, learn tool skills by watching others. Then they practice on their own without direct help from mothers or even other expert tool users. But this study shows that when the task is challenging, mothers play a vital role, including behaviors to teach. It was also found that chimpanzees use the multi-level process and sophisticated tools to collect termites and share the tools with younger ones.

From 1960 there are researches on chimpanzees at the Gombe Stream Research Institute in Tanzania. The published study is the longest for almost 20 years in the Goualougo Triangle in the Republic of Congo. It included researchers from Washington University of Miami, Franklin & Marshall College in partnership with Jane Goodall Institute, Wildlife Conservative Society, and Lincoln Park Zoo.

The findings of this published study are vital at many levels, says the study author Musgrave. She says, first the chimpanzee populations vary with both complexities in using tools and social mechanisms to support these behaviors. The second one she says is unlike previous studies, the helping nature of chimpanzees was found to be more robust and flexible. She concluded that an increase in such social learning might be an essential component of tool traditions over generations.