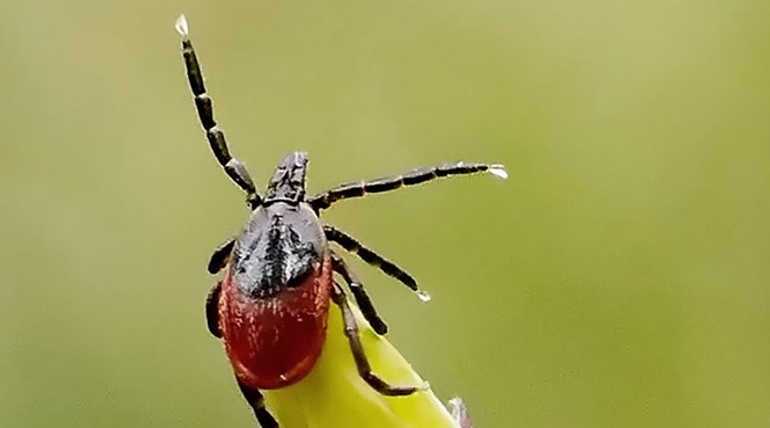 Researchers of the Indian University had claimed that they have found an increased number of deer ticks that carrying the Lyme disease.

Deer ticks, also known as the black-legged ticks which are known to be the best host of Lyme disease. Not all the deer ticks are like to carry the Lyme infection. But the University's research had confirmed most of the ticks are found to be carrying the Lyme infection. The Lyme disease will induce fever, headache, fatigue, swollen lymph nodes and joint pain in the initial stage. If the infection had not been detected in the earlier stage it might spread to the whole body and induce nervous system, heart. Sometimes the infection leads to arthritis is the worst part of the infection.

The IU had made this announcement after they received the information of new findings from their Environmental resilience Institute and from the center of Disease Control and Prevention. The Indiana University also launched a Project called Project Vector Shield that likely to collect ticks and other insects in the southern, eastern and western parts of the state. Those collected ticks will be subjected to examining to find whether they have any abilities to cause unknown harmful diseases to humans.

According to the Indiana State University, climate change and habitat disturbance are more likely to cause the outburst population of deer ticks.

The Project Vector Shield is a part of IU's movement ecology Study. From the project, the university will get a deeper insight into the habitat of plants, animals, and insects in accordance with their changing environment. This could probably help in predicting the future that possesses the possibilities of invasive vector-borne disease attacks.

The insect collectors of project vector shield are now engaged in the searching of ticks and Zika carrying tropical mosquitoes in the southern part of the state. As they believe most of the new disease are entering the state via south direction.

The state university officials and disease control and prevention center officials have advised the citizens to get prepared with the tick prevention methods. Using insect repellents, long pants and permethrin applied cloths could probably help to prevent the ticks bite.