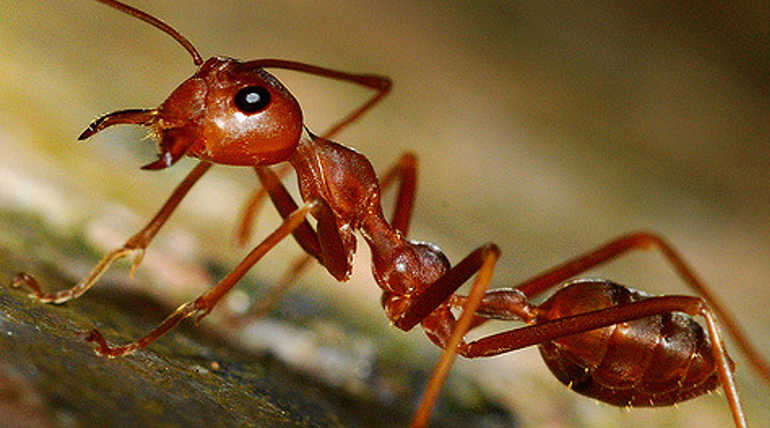 Defense is one of the common survival things of every living organism on earth. Except for the thing defense, every organism has a different technique for their own defense. Some are more similar to the earth's most intelligent animal called human. But sometimes some defense technique seems more peculiar and unbelievable than humans. some unbelievable defense techniques are mostly owned by some small unthinkable species on earth.

Biologists in search of new species have added some 15 ant species to the existing list but one of them with a peculiar defencing technique. Hence it is grouped under Colobopsis Cylindrica that was literally known as " the exploding ants" or "Yellow Goo".

As per the new study, the ant species will explode itself during a threat steps into the colony. The ants trigger an exploding mechanism towards the enemy and simultaneously releasing a toxin that hazardous to the invader after its death. This charecter of autothysis seems completely unique in the ant defense techniques.

Apart from the toxin the ants also release some sort of glue thing that make the invader stick around and help the other colony members to kill it. Actually, in this type of ants, the low-class ants in the colony are more supposed to give their lives to save their colony from destruction.

The scientists who explored this ants are hoping that this type of exploding ants will serve as a keyhole for exploring more ant species like this that could help in future science revolution.

Now the scientists are deeply involved in observing the chemical and climatical behavior of this exploding ants.