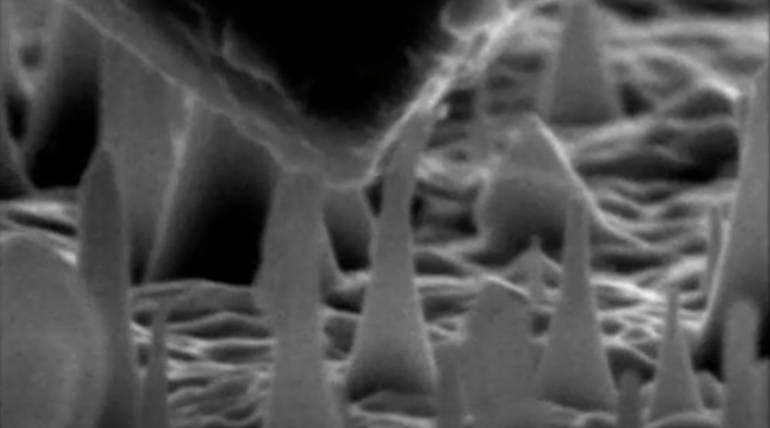 Diamond is one of the hardest and valuable carbon on earth but unfortunately, it is breakable. But not anymore. A group of international scientists claiming that diamonds can also be bent like rubber, oh wait not exactly like rubber, we can consider here a slim plywood.

Ming Dao, a principal researcher from MASSACHUSETTS INSTITUTE OF TECHNOLOGY(MIT), postdoc Daniel Bernoulli, research student Amit Banerjee and some more research guys managed to cut down the Diamond into an ultrafine needle in a range of 2000 nanometers to prove their claiming.

According to the paper published by them, the minute size of a diamond would be more flexible when compared to normal one. As usual, the normal diamond possesses only 1 percent of elastic capability when it goes more than 1 literally it breaks down into pieces. But these microsized diamond needles have an ability of 9 percent.

The experimenters used a fine diamond cutter to bring out some fine ultra small diamond needles and then placed over a silicon surface vertically and used a diamond indenter to push those needles from above.

They initially moved the vertical needle in a horizontal way for nearly 442 nanometers but it literally snapped down when it reached 464 nanometers. The scientists said that the diamond that initially bent for 442 nanometers has regained its original vertical position back when the diamond intender pulled away from pushing.

the researchers are believing that this new character of the diamond will upgrade the diamond-based devices like data storage, Vivo imaging of historical analyzing and many other existing uses. Diamond is also used as the main transporter for cancer drug into the blood veins.

Ming Dao said that the smaller is even more powerful when it comes to bending like properties as the smaller diamonds have no defects that increasing the brittleness in it. Dao's team is now concentrating on the chemical properties of those fine needle diamonds when they are subjected to stress.